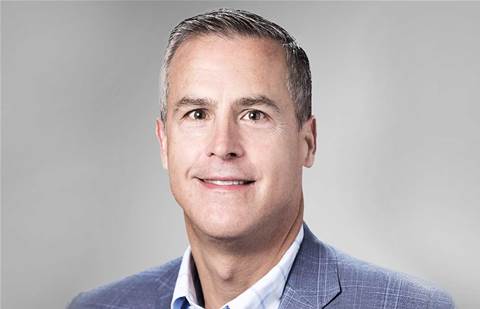 Sitting down with CRN in Sydney, McKay talked growth goals and commended the work of the local business under the leadership of Veeam's Australian and New Zealand vice president Gary Mitchell.

“And when you look at the Australian and New Zealand market, thanks to Gary, the licence business has grown 68 percent year-over-year which is fantastic. We’ve been investing pretty heavily coming into this year and going into next year."

McKay said the growth of the business, which was likely to be between 20-30 percent year-on-year, was made up by almost equal thirds in growth across enterprise, the midmarket and SMB.

“Enterprise is growing at a faster rate, followed by commercial then SMB. That kind of goes to the health of our business, so it’s not coming out of one area, they’re all moving really well,” he said.

McKay presented to partners on the vendor's latest updates, announced earlier in the year, including backup for Office 365 v2, which introduces support for SharePoint and OneDrive for Business.

The chief executive also spoke on intelligent data management, business compliance in light of a multi-cloud world, and how the company is aligning its internal sales teams with partners.

“Companies that we’re talking to more often than not are either at a stage in their journey, or want to move along the journey, from simple and straightforward backup, all the way through to full, 100 percent, proactive machine learning and automation.

“There are five stages that we usually talk to customers about, in understanding where they are and then help them move to where they want to go, through backup and recovery; to aggregation; to visibility; to orchestration; and automation.

“The discussion for our sales and our channel is how to have that conversation.”

When asked what was next in the backup feature set, McKay was affirmative that more SaaS applications would be getting the Veeam treatment, while stopping short of announcing which products in particular were in the pipeline.

“That’s our big growth area,” he said. “You look at Office 365, you look at Google, there’s a tremendous amount of cloud applications that people use and think, ‘It’s in the cloud; I’m fine’.

"It’s amazing how many conversations take place in organisations where they’ve standardised on Office 365 and we ask if they back it up and they assume Microsoft does all that for them.

“It’s a huge opportunity for us, we back up all on-premises applications, and now it's about all the workloads that are moving to the cloud. Backing that up is a critical part of what we do and all from one management application.”