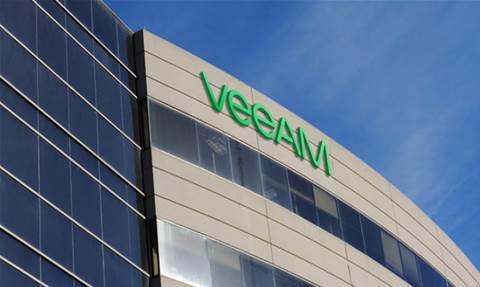 Veeam, since its founding in 2006, has grown to be one of the top providers of data protection technology, and has more recently invested heavily in the nascent data management market with an eye on the cloud, particularly in the Office 365, Amazon Web Services, and Microsoft Azure environments. The company is also committed to building stronger relationships with the top cloud providers.

However, Veeam has faced one key barrier to growth: While it is the leading provider in Europe, and is arguably one of the largest software vendors of any kind in the world, the Switzerland-based company has only a fourth-place rank in the all-important US market.

Danny Allan, Veeam's new chief technology officer, told CRN USA that Veeam's pending acquisition by private equity company Insight Partners is the key to unlocking the US market and future growth for his company. Insight Partners has expertise not only in helping strong private companies grow, it also has experience in the all-important software-as-a-service technology needed to build a strong cloud-focused business.

For deep insight into why Veeam, a billion-dollar-plus and profitable company, decided to go the private equity route to build a US business, continue reading.

Why did Veeam feel the need to be acquired at this time?

This is the next step on a very exciting journey. Over the past decade, we've achieved some massive milestones. In 2019, we passed a billion dollars in annual sales. And that was based on the growth of the modern data centre. And we saw this is the right time and the right partner to prepare for the next wave. We talk about Act II a lot. Act I was very much about winning the virtualisation wars and winning the modern data centre wars. But now we're entering into the cloud era. We see customers now in a very big way moving to the public cloud and deploying hybrid cloud strategies. And we've been working very closely with Insight Partners since 2013. We took a large investment in early 2019. So it's the right partner for us, but also the right time, because we believe that if we can win in the data protection space for the next two years, we'll win and dominate for the next decade.

As part of this acquisition, Veeam's two co-founders, Andrei Baronov and Ratmir Timashev, will step down from the board of directors and will no longer be part of the company. What is happening there?

At the close of the transaction--we're targeted to close at the end of Q1--they'll be stepping down from the board because we'll have 100 percent US ownership and 100 percent U.S. board of directors. So they'll be stepping down from the board and won't be employed by Veeam. I expect there to be a transition period where we'll work together. It's a very strong relationship. And they will work during that transition period to ensure a seamless transition.

So Veeam's headquarters are moving to the US. Where?

Is the decision to move the headquarters and board of directors to the U.S. related to U.S. government concerns raised last year about possible Russian ties to the company when Veeam acquired and then sold N2WS?

No. This is all about the growth opportunity in the US.

There's two aspects to this. One is, when Veeam was founded, it was right after the financial crash in 2008. So there was a lot of investment put into Europe, because at the time, America was going through financial struggle. And so because of that, we are number one in Europe for data protection. We're number four in the US. We get more revenue out of Europe than in the US. And that's the opposite of most large technology companies. Usually it's the other way around. There's more large global companies headquartered in the US. So we think there's a massive opportunity with the enterprise in the US.

Second is, we talk very much about this being Act II, and going into the cloud data management era. And all of the major cloud providers are US-based, and the adoption of cloud is faster in the US. So this is all about accelerating that growth in America. But I don't want to lose sight. We are a global company. We have offices in 30 different countries and customers all over the world. So we'll continue to expand around the world. But we just believe will be a massive growth opportunity in the Americas.

Well, with that said, will the acquisition by Insight Partners help open the door for more business with the US government, even though you are saying that this was not part of why Veeam was acquired?

Insight Partners has a program called Onsite which is aimed at bringing its experience and resources in to help its portfolio companies grow. How will that impact Veeam?

The Insight Onsite program, the portfolio of companies that they have, gives us huge opportunities to partner more with other organisations. We're excited. Insight has tremendous experience with things like transitioning to subscription. So there's huge opportunities in that partnership for that. But I would defer to them on any specifics.

With the acquisition, what type of resources can Veeam expect from Insight Partners to bring to help grow Veeam going forward?

The wealth of experience that they have. They have invested in over 300 software companies. I think they've completed more than 200 M&A (merger and acquisition) transactions. They just have a lot of experience in a very broad segment of the market. One of the areas that I'm very interested in the transition to subscription [pricing]. We've been seeing that on our own. Just organically, our customers are moving from the perpetual to the subscription without us pushing them. And one thing that we believe that Insight can add tremendous value is helping us with that transition of our customer base.

If Veeam had not been acquired by Insight, would Veeam have been able to grow on its own as an independent company?

Yes, no question. We've been doing very well, as you probably know. We crossed a billion in annual sales in May of 2019. And of course, for the full calendar year, we haven't released our results, but we've had significant growth both in annual sales, as well as revenue has been very, very strong. So the growth was certainly there. This is just about adding fuel to the fire, accelerating that growth still further and tackling this next era that we believe we're entering which is the cloud data management era.

So what's next for Veeam? Veeam will now have all these new resources, with a parent company that's known for making a lot of acquisitions. Could you see Veeam doing more acquisitions of other companies going forward?

The focus for Veeam is on growth. And so first and foremost is, how do we win the cloud data management world? That is hybrid cloud, multi-cloud, it's customers adopting cloud platforms. How do we win that? How we tackle that depends of course on the market. Certainly, organic growth is a part of that. But we would never reject inorganic growth or acquisitions. But we're very much focused on continuing accelerating the growth that we've had exponentially by focusing on cloud in the next two years.

When you say Veeam's future growth is tied to the cloud, could you be more specific?

From a technology standpoint, it would be cloud. From a geography standpoint, we believe that there's exponential growth obviously in the US.

Is Veeam growing in terms of personnel to meet the increased focus in the U.S. market?

Yes, without question. We currently have 1,200 employees in the US, and we plan to both expand and strengthen that employee base. It is true we're a global company. We have 4,200 employees globally. But we'll continue the accelerated growth in the U.S. market.

So will development in Europe continue as it has been, or will that change?