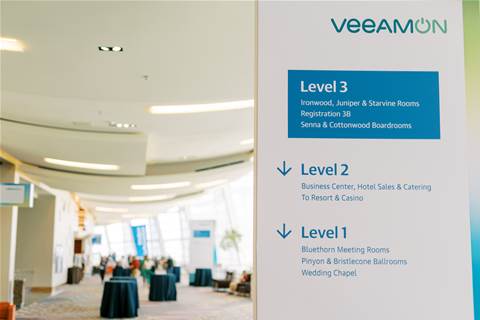 Veeam is assessing its approach to competency levels to try and avoid bringing in complexity to its channel program.

During VeeamON 2022 in Las Vegas, Veeam APJ vice president of channel, cloud and service, provider strategy and management Belinda Jurisic said that the vendor does not want to add extra complications just to let its partners have a certain badge or accreditation.

“We're working on what would be the competencies that make sense going into next year and then how do we also have identifiers for how you would be seen as a competent partner without it necessarily being because you've done some type of certification just by Veeam,” she said.

“For instance, if it's a public cloud competency, then we're going through and looking at what are all the different certifications that AWS and Microsoft have, and what could you identify through that to be able to see that someone who has that intrinsic skill set in doing cloud migrations?

“We're looking at public cloud, Microsoft 365 security and containerisation and seeing what makes sense. What we don't want to do is get to a point where it comes down again to dollars who sells the most, it's about who can we put a unique identifier on and say they have public cloud skills.”

Veeam is currently working on a directory to message out to customers to help match them with their ideal channel partner, Jurisic added.

She said if a customer is looking for someone who can help them with their Microsoft 365 deployment for example, Veeam can match them to those Microsoft 365 competent partners.

“We've already released some competencies around the service provider business because as 100 percent channel, as our competitors all are releasing direct BaaS offerings, our strength is being able to partner with our service providers to be able to compete in that space," Jurisic said.

“What we need to do is have partners that we can have those identifiers as whether they are a Veeam validated, Veeam-powered service. We've released a couple of those already to our service providers, and we're working closely with them to bring them on board with that and to launch them.”

Jurisic said Veeam has already launched Probax and Iland around what the company calls ‘reseller ready’, which they have a Veeam-validated solution that partners can procure from them and Veeam has done demos of that environment and it's fit for purpose for what you need.

“We've done that for our reseller community, so they can feel confident that they can go and procure that through one of those white label reseller ready partners," she added.

“Then the next step is to have that end user competency. To be able to say to an end user, ‘this is who you should go buy your BaaS from because it is a Veeam validated service'.".

Jurisic said from a service provider perspective channel partners have been eyeing off some of the self-service features for some of the midsize MSPs who are looking to be able to deliver service for customers.

“If you have looked at some of our data protection laws in the one that we did around backup as a service (BaaS) customers actually want to have an ability to still manage part of their environment," she said.

“Being able to have that self-service portal it means that a customer can do that with a service provider gives them immense value in being able to do that without having to build their own platform like the Ilands and the Probaxes.

“They’ve invested so much money in building those platforms, we now have made it also available which doesn't change the value of what Iland and Probax deliver because it's much more comprehensive what they have got, we give that ability to a degree to those small MSPs which I think is a huge benefit to them.”

Athina Mallis attended VeeamON as a guest of Veeam.