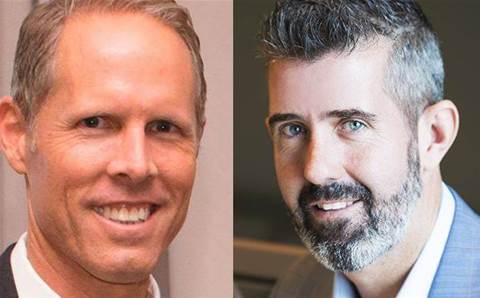 Veeam Software has appointed Shaun McLagan as senior vice president for Asia-Pacific and Japan, a new role that will consolidate Australia and New Zealand back into the vendor’s Asia-Pacific region under one leader.

The availability company also revealed the departure of Don Williams, vice president for Australia and New Zealand. Williams held positions leading the APAC and ANZ regions for more than seven years. Veeam is in the recruiting phase for his replacement.

"These past seven years at Veeam have been absolutely incredible and exceeded all of my greatest expectations. I feel privileged to have had the opportunity to work with and meet so many amazing people during this time.

"It is the people that make a business great, and this is absolutely true for the Veeam customers and partners I’ve worked with over these years," Williams wrote in an email he also shared with CRN.

"I intend to take a break and dedicate more time to my family. I’ve given so much of myself over these years that I will truly enjoy having some time off. My last day at Veeam was 30th September and I am now sitting with my family in Dubai Airport on our way to Spain for six weeks."

McLagan, in the new role, will be responsible for leading strategic direction of the business across APAC. He started in the position on 2 September.

“The company is going through hyper-growth, last year we earned US$600 million, this year it was close to US$800 million," McLagan told CRN.

"Asia-Pacific and Japan has two-thirds of the world's population; it has very different dynamics as to where its growth is coming from, so it's a brand new role created for the company and it's a great opportunity for me – to join a company that’s going through great change in a terrific market spot and to try to help it get to the next level."

McLagan joins Veeam with more than 20 years of experience in the IT industry across sales and consulting including with EMC, Oracle and HP in three countries.

His most recent role was with Dell EMC, where he was the vice president of APAC for data protection solutions. Prior to that, McLagan was the ANZ general manager at RSA, as well as several executive positions with EMC over about a decade.

“My job is to make sure that all the teams around Asia-Pacific and Japan understand the vision of what we’re going to become and to help them to get there. When I talk to our alliance partners be it Pure [Storage], or Cisco or HPE, they say, ‘You guys are great, it’s just sometimes a little bit hard to figure out who’s doing what’,” he said.

“If we’re going to drive programs with those organisations it should be an APJ program. So when you work with Cisco or Pure and think about how to drive something across the region, that’s how they’re set up, and now they understand there’s one person to go to in order to organise stuff across the region.

“We’re not going to massively change the structures of Australia and New Zealand or the Asia business, we’re going to tweak a few things over time and probably run it as a typical setup with those several countries reporting into me," McLagan added.

On Williams’ departure, McLagan said the former ANZ vice president had been instrumental in significantly growing market share in Australia and New Zealand over seven-and-a-half years. “I think you’ll find Don will gravitate back towards 1.0-style organisations,” McLagan said.

According to Veeam, Australia and New Zealand broke out of the Asia-Pacific region in 2015 due to strong regional growth, with then Sydney-based APAC vice president Williams becoming the ANZ lead.

With continued growth and a need to better align across Asia and Australia and New Zealand, McLagan’s role was created to oversee the two regions as one again, while maintaining the individual Asia and ANZ heads.

“Australia and New Zealand’s adoption of cloud technology was world leading. When I think about Veeam's proposition, it’s that people are coming to change, people are looking at virtualising cloud and that where we are, so its a great opportunity for us, with people moving off legacy architecture to cloud and heavily virtualised and multi-premise environments,” McLagan said.

“Australia and New Zealand’s role inside APJ is great to help others learn how to make that move. Other countries are perhaps more rooted in some of the legacy architectures, but in China and in Japan that is shifting quickly – helped by the hyperscalers. AWS making huge inroads, as is Azure, and we partner with them as well.”

Peter McKay, co-chief executive and president at Veeam welcomed McLagan to what he said is an important new role.

“Asia-Pacific and Japan forms a critical region for Veeam as we are on track to be a US$1.5 billion company by 2020. Veeam enjoys rich relationships and synergies with partners, alliances and customers across the region as they travel down the path toward digital transformation.

"Shaun brings extensive industry experience and expertise to the Veeam team and will be strong leader to drive continued growth across APJ,” he said.

Cloud application revenue made easy
By Michael Jenkin
Oct 3 2017
6:11AM