Veeam "paranoid" about keeping lead in backup and DR 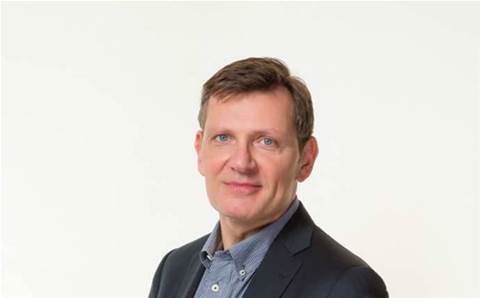 Veeam is always “looking behind” to watch out for competitors offering cheaper alternatives, said the company's chief marketing officer on a visit to Sydney this week.

After 10 years in the business of backup and disaster recovery, Veeam now claims more than 200,000 customers worldwide and revenue of US$500 million.

Peter Ruchatz, Veeam’s chief marketing officer, believes it would take some time for disruptors to prove a real threat, but told CRN that he remains “paranoid" – "we are always looking behind as to who is coming after us".

“Most of our competitors don’t address the whole availability, unlike Veeam. We have the most holistic solution that covers all grounds instead of providing a single solution. That is what makes us unique. We believe that we will be a profitable business for the next 10 years.

“Even HPE [Hewlett Packard Enterprise] and Microsoft have said that our solutions can be used alongside with other vendors and that is what makes Veeam the most strategic vendor in the market,” added Ruchatz.

Ruchatz also presented a report commissioned by Veeam last year, which found that 84 percent of senior IT decision-makers worldwide suffer from an "availability gap" of what IT can deliver and what users demand.

“This costs businesses up to $16 million a year in lost of revenue and productivity, in addition to the negative impact on customer confidence and brand integrity," the report said.

Veeam is a privately held IT company that develops backup, disaster recovery and virtualisation management software. Founded in 2006, Veeam is headquartered in Switzerland and currently has 37,000 partners worldwide.