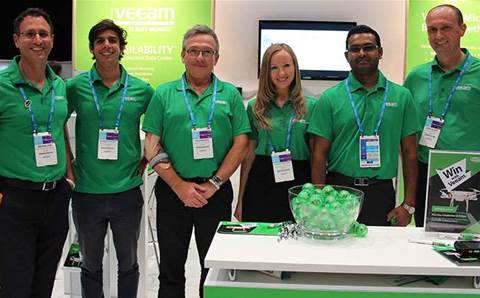 Veeam Software has announced a collaboration with Microsoft and VMware to allow its Veeam Cloud Connect product to be deployed on public and hybrid clouds involving vCloud Air or Azure.

The backup and recovery software vendor said in a statement that the public cloud integration would be of interest to resellers who "want to become service providers and offer availability in the cloud, without investing in their own cloud infrastructure".

[BECOME A SERVICE PROVIDER WITH VEEAM AND AZURE - REGISTER!]

Veeam Cloud Connect – included in Veeam Availability Suite version 8 – is only available through Veeam Cloud Providers. Last week, Data#3 and Zettagrid were announced as the first VCP partners for Australia.

"Placing critical assets outside your ‘walls’ is a leap of faith, but with Microsoft Azure and VMware vCloud Air, resellers and service providers have two offerings that help them take the cost, complexity and concern out of data centre design and deployment," said Ratmir Timashev, president and CEO of Veeam.

"Veeam has long-standing partnerships with both Microsoft and VMware, and our teams are tightly integrated."

The data management vendor hosted its partner conference in Las Vegas last week, with chief marketing officer Peter Ruchatz emphasising the repositioning of the company from "a backup vendor specialising in virtualisation" to a broader 'availability' enabler.

Globally Veeam Software has more than 110,000 customers and the vendor claims 3,000 new customers are signing on each month.