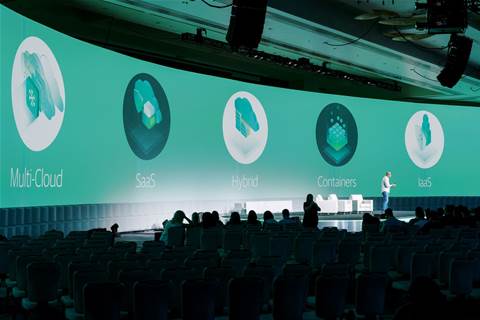 Multifactor authentication (MFA) is an integral part to an organisations toolkit to fight against hacks and ransomware attacks and according to Veeam Software senior director product strategy Rick Vanover, it is the biggest concern amongst the company’s partners.

At the annual 2022 VeeamOn conference in Las Vegas, Vanover spoke to CRN about how the company is getting several requests for the addition of MFA within the platform.

“[MFA] is the single most important thing that will satiate the most partners because it comes down to the cybersecurity side of it,” he said.

Vanover added Veeam’s partners want to install the platform for their customers in a safe and secure way.

“They want to implement Veeam and they want to do it securely for customers. One of the best ways to do that is to make sure that what is deployed is kept as protected as possible,” he said.

“Application-level MFA will be a huge boon for that, so that's a single one. There's a lot of other things I could think that they've asked for, but that's the one that they both have asked for, and will make the most difference.”

Vanover said, “The channel partners, they're the ones that have to implement [the platform] and deal with the customer a lot more so that is very important to us.”

MFA has been a feature for some parts of Veeam including AWS backup and recovery but will be a feature for Veeam Backup and Replication soon, Anthony Spiteri, senior global technologist confirmed with CRN.

Current state of the marketplace

Partner sales are still leading the way for Veeam in comparison to marketplace sales, Vanover said.

“What you'll see is that the marketplace sales by themselves are usually not a significant part of our business," he said. "It's a good growth, we had 27 percent year over year growth, but it's not huge. Through partners is the way and we can power the partner sales through the marketplace.”

The marketplace has been interesting to navigate for channel partners as they are considering ways to monetise, Vanover explained.

“The good news is that the hyperscale marketplaces, resellers and service providers can sell licenses that are consumed," he added.

“Hybrid is a very significant part of our future, but if an organisation wants to go marketplace face consumption in V12 we are going to flip it around where everything can run in the cloud. So we can deploy from the cloud and bring your own license, we could have licenses in the cloud manage by on-prem, so the good news is that we keep those partners right in place.”

Athina Mallis attended VeeamOn as a guest of Veeam.