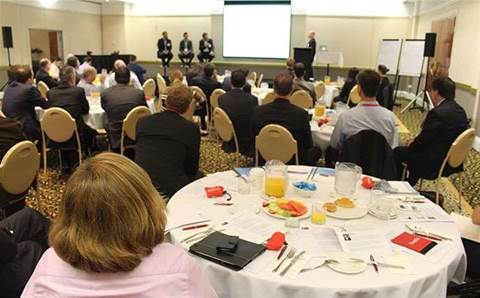 A busy first meeting in Sydney

A global trade body focused on the channel is setting up shop in Australia – and local resellers are being urged to take note.

Australian resellers can help steer the local launch of CompTIA, a not-for-profit organisation that is both the world's third-largest IT certification body and a leading member community for channel businesses.

Why should resellers care? Because even though CompTIA has $40 million revenue stream from certification, it is also not-for-profit, so it pours this money back into the channel. "Our mission is the advance the global IT industry," said Jim Hamilton, CompTIA's vice president of member communities.

CompTIA made its foray into the Australian market on Wednesday with a "community meeting" in Sydney.

CompTIA has two arms to the operation: it raises around US$40 million of revenue from IT certifications, as the third-largest certification body after Microsoft and Cisco, and the largest that is vendor-neutral.

Meanwhile, it runs community efforts squarely focused on the channel. CompTIA could fill a gap in the Australian market for an IT industry association.

CompTIA re-invests its revenue back into the channel. "As a non-profit, that money needs to go back into the industry… a big chunk goes into membership, building out education, doing philanthropic work – that is funded by our certification sales," added Hamilton.

The association publishes a range of educational and support materials for the channel, such as guidebooks for resellers looking to expand into managed services or into cloud computing.

CompTIA is now looking to establish a group of 15 local "champions", who will help drive its Australian expansion.

At Wednesday's meeting, Hamilton asked the audience whether they would like to see the launch of an Australian CompTIA community – the show of hands in the room suggested the answer was a resounding 'yes'.

Australia would become the association's third regional community after Canada and the UK. As part of the launch, CompTIA would give the Australian community $10,000 to donate to a charity of its choice – part of CompTIA's philanthropy efforts.

One of the first tasks for the local outfit will be to localise CompTIA's educational materials and to commission independent Australian research, something that one delegate said this country "desperately needs".

Any CRN readers interested in supporting the effort by becoming a local CompTIA champion should email Jim Hamilton via JHamilton@comptia.org.