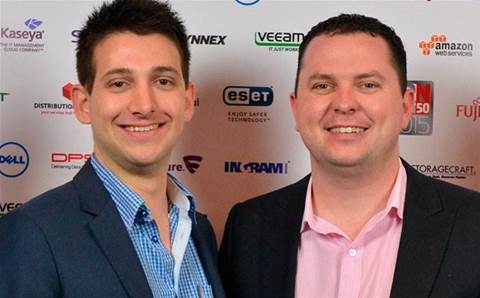 VentraIP chairman Cheyne Jonstone confirmed that his company was one of the suitors eyeing up a deal with Arq Group, which announced on Wednesday that it had appointed due diligence advisors and would begin testing the market for a potential sale.

“Since the initial announcement in September, we have been seeking advice and holding talks with a number of parties to ascertain what opportunities were available,” said Jonstone.

One of those opportunities, Jonstone revealed, is a possible merger with Servers Australia, followed by an IPO in order to fund an Arq acquisition, resulting in a $110 million public entity. Servers Australia also confirmed the talks, though nothing is set in stone as of yet.

Jonstone didn’t comment on any other potential suitors, but did express concerns that Arq could be snapped up by a foreign entity.

“If this were to happen, approximately 80 percent of the local web hosting and domain name market would be under foreign ownership, given the recent acquisition of TPP Wholesale by UK-based CentralNic and the pending acquisition of Dreamscape Networks by US-based Web.com,” said Jonstone.

VentraIP is no stranger to acquiring fellow hosting providers. VentraIP bought four companies in 2018 alone, and last month acquired Perth-based Netorigin along with its 4000 customers.

Servers Australia has been on its own acquisition spree in recent years, including Axelera, OzServers, Dedicated Servers, Indigo, Syncom and assets from RackCentral.

The two have even traded resources in the past, when VentraIP gained 4000 shared web hosting customers from Servers Australia in exchange for marketing its dedicated servers.

With all that consolidation in the hosting market, the combination of VentraIP, Servers Australia and Arq Group could create a one-stop shop for all things hosting and domains in Australia.