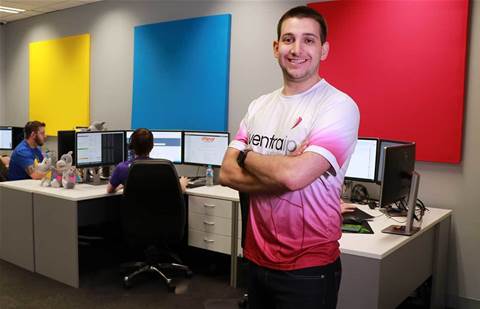 VentraIP has introduced a $10 per month price increase to its reseller hosting services, drawing the attention of a number of its customers online.

The increases stem from the provider investing in stability and redundancy, including “more than half a million dollars worth of new technology”, according to a notice to customers sent by VentraIP boss Angelo Giuffrida.

Some of the investments included replacing aging SonicWall firewalls with Fortinet Fortigate appliances, and the introduction of a Corero SmartWall Network Threat Defense System to the provider’s Sydney and Melbourne Networks, Giuffrida stated.

News of the price increase was shared on discussion forum Whirlpool, where a number of customers expressed mixed opinions about the increase.

Some appeared to be put off by the increase.

“There's no extra features that my clients will happily pay for,” wrote one poster, before suggesting they may switch to an alternate VentraIP service called Synergy Wholesale.

“Ventra offer a solid service but this price hike will be too much for me,” wrote another poster. “I think a 25 percent increase overnight will have a lot of people wondering whether they really need ‘reseller hosting’.”

“So, given my hosting has increased by 34 percent, I wonder which lucky employees have scored a pay rise of more than a third of their previous rate?” another user wrote.

While others saw the factoring of the new security services as justified.

“Meh, 2 large soy lattes a month and a good excuse to up my prices to more than cover this small increase,” one user wrote.

“A lot of other people in this thread appear to be ignoring the fact that [VentraIP] are offering a more reliable product than they did at this time last year, so yes, there is a price increase involved,” another forum poster wrote.

Speaking to CRN on the back of the price increase news, VentraIP's Giuffrida said in addition to making new investments in the hosting business, costs were going up.

"Aside from our significant investment in network infrastructure and security, the cost of operating a successful IT business in Australia is growing at a rate much higher than CPI. Retaining qualified staff in this industry requires us to put forward a 5-10 percent pay rise each year, with salaries being our second largest operating expense," he said.

"I believe the market is very healthy and as the rollout of the NBN continues we are seeing more micro work-from-home businesses seeking online solutions. I also believe that over the past couple of years there has been some organic adjustment in the cost of online service delivery that is reflected in the number of companies in our industry that have folded or have been acquired who were on the brink of collapse from offering unsustainable pricing.

"If you think back to 20 years ago and you had a business that you wanted to start, in most cases one of the first things you needed to do was find retail space to set up in. This came at a huge cost, often several thousand dollars per month, before you even thought about the cost of fitting it out. Hosting a business web site is no different, but there has been an (unfair) expectation set that you can do the same thing in a virtual sense for just a couple of dollars per month.

"We want to continue to deliver a high-quality service that is backed by a 100 percent Australian technical support helpdesk that is available 24/7. In the ISP space, Internode, and now Aussie Broadband, have shown that customers are happy to pay more for better service and our continued growth shows this to be true."

Giuffrida said given such support offering, investments in security services helped VentraIP remain a competitive business he was happy to put his name to. And was taking to opportunity of increasing service levels on reseller plans to indentify customers more suited to another VentraIP-owned offering, Synergy Wholesale.

"Synergy Wholesale is designed for clients who would traditionally be suited a ‘WHM reseller’ style hosting service. Instead of forcing resellers into a large commitment or trying to spread shared resources across all their individual accounts, the Synergy Wholesale platform allows you to create bespoke packages that are load balanced across different servers with 24/7 100 percent Australian support on an incredibly powerful platform without breaking the bank," he said.

"The infrastructure is a mirror of the same infrastructure powering all VentraIP Australia services and Synergy Wholesale benefits from our continued investments into our platform (and team).

"It’s our focus for the first half of this year to identify these clients and make them aware of other products that might be better suited for their needs. There is nothing more frustrating than having a service that doesn’t tick all the boxes - and we want to make sure our customers aren’t paying for something they don’t necessarily need."