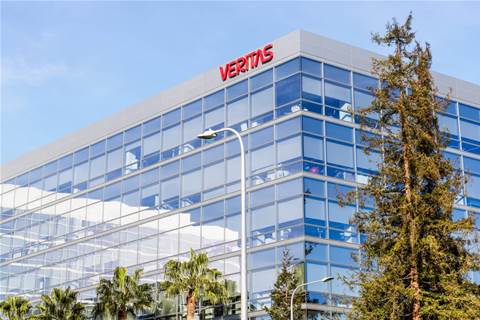 Data protection and management software developer Veritas has quietly acquired HubStor in a move it expects will add strong backup-as-a-service technology with a Microsoft Azure public cloud base.

The acquisition, which has already closed but for which Veritas is not disclosing terms, comes at a time when Veritas is looking at the best way to address the market for backup-as-a-service, said Simon Jelley, vice president for the Backup Express and SaaS business of the company.

Jelley told CRN that Veritas, which services 98 of the Fortune 100 companies, has built a strong reputation in the data protection market.

“HubStor offers a granular, scalable, and easy-to-configure enterprise solution,” he said. “They also have an impressive track record in the enterprise, including with some Veritas customers. Those two facts already point to a good start for us.”

HubStor already offers a granular, scalable, and easy-to-configure offering to the enterprise with the ability to do SaaS-based backup of such applications as Microsoft 365, he said.

“Veritas and Microsoft have over 20 years of history in driving business through the channel,” he said. “HubStor is built on Azure. We can bring this to our joint channels.”

Veritas currently offers SaaS data protection with Veritas CloudPoint, a cloud-native, lightweight offering for backing up data to the cloud, as well as its EV.cloud technology for cloud-based data archiving and migration for Microsoft 365 and other applications, Jelley said.

“It’s a journey for customers,” he said. “Our data services platform focus on how to protect data and get value from it. HubStor will help with running those services.”

Geoff Bourgeois, CEO and co-founder of Ottawa, Ontario-based HubStor, told CRN that his company developed a single-tenant infrastructure for protecting clients’ data that lets businesses manage how their data is protected.

“With cloud solutions, you find everyone going with multi-tenant technologies,” Bourgeois said. “But if a customer has, say, a half-petabyte of Microsoft 365 data, that’s a lot of data which requires a lot of compute to process, leading to the “noisy neighbor” problem.”

HubStor’s single-tenant technology allows flexible hosting of data protection in any Azure region around the world, which is important with such regulations as GDPR in Europe which require data to be hosted locally, Bourgeois said. The technology also lets security to be tuned for specific requirements, all while providing scalability and performance differentiation, he said.

HubStor is unusual in that it became a very profitable company without any venture capital financing, Bourgeois said. The company has both direct and indirect sales channels, and works opportunistically with channel partners, he said.