Veritec to move the Australian Electoral Commission to Azure 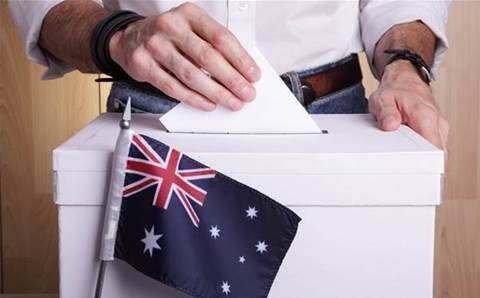 The move to Azure was part of the agency’s plan to be able to scale up its operations just shortly after a federal election is called, when it quickly adds around 90,000 temporary staff to run the poll.

Veritec has worked with the AEC on previous federal elections. At the time, the company had helped develop a suite of public-facing APIs and create an Express Route connection to Microsoft Azure AU Central regions. Veritec also mirrored the AEC’s mission critical systems that run on election night onto Azure to safeguard against disruptions.

Veritec chief executive Kieran Mott told CRN that the new project was awarded through multiple contracts via a tender process.

“Veritec originally started working with AEC in November 2017. In the year that followed we substantially built the Veritec team out and expanded our remit,” Mott said.

“We’ve worked closely with the AEC team since then and continue to have a team onsite.”

Mott said that while Azure alleviates some traditional IT problems like scalability, Veritec still faced challenges on the job.

“The real challenge we faced was ensuring the solutions met the Australian Federal Government’s strict security requirements, and that the solution could be easily re-enabled at the push of a button in three years’ time as needed for the next election,” he said.

“Veritec has strong experience within Federal Government so our team understands the necessary security requirements and were able to navigate that.”

Mott said Veritec used DevOps and infrastructure-as-code practices to ensure the system could automatically be deployed. Microsoft provided “critical guidance” to its Azure services to assist with that work.

Now Veritec is tasked to develop a self-service platform to handle certain processes — including political party nominations and funding disclosures — and an external portal for the public where they can post complaints, inquiries and feedback.

The company will also refresh the AEC’s fleet of some 90 legacy systems, some of which date back to the 1990s, as the agency’s next major initiative.

“The AEC performs a hugely important role in Australia but few people understand the extraordinary complexity of that role. We have a deep understanding of their ICT because we have a long working relationship,” Mott said in a statement.

“It’s a privilege to work with the Commission again on this critically important cloud proof of concept that delivered a whole raft of new and valuable services for the voting public.”