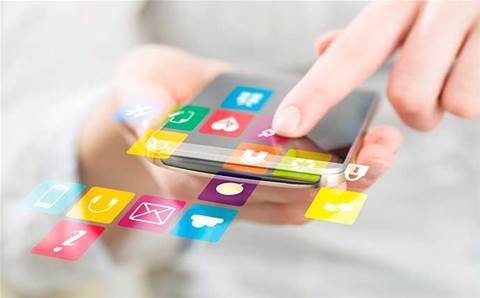 Melbourne-based IT consultant Versent has struck up a new partnership with Google-owned API specialist Apigee in a move it says will help businesses transform customer experiences and improve digital value chains, with one big client, ANZ Bank, already benefitting from the collaboration.

The two companies have worked together on and off for about 12 months, prior to Apigee’s acquisition by Google, with Versent serving as the execution arm for Apigee’s technology API platform.

The team-up constitutes the next move in Versent's strategy to build the top API practice in Australia, already putting runs on the board through such work as their CA Technologies collaboration to digitise payments for Service NSW, which saw them receive a highly commended nod at the inaugural 2017 CRN Impact Awards.

“CA has a very strong presence around the security space, while Apigee shines really around the digital value chain,” he said.

“[Apigee] were the first company to coin the term ‘API as a product’, they look beyond the fairly well-known realm of integration of two cans and a string, to how you, at-scale, distribute services in a digital ecosystem between multiple partners, between customers and institutions. That whole digital experience is where they really have a niche.”

The Apigee platform formed “some of the goodness” of a recent project with a new Versent customer, ANZ Bank.

"We worked with ANZ really on an exploration exercise, we were working with them to explore how APIs can bring greater agility to their organisation. Distilling that into real terms, we were testing how something like an API and an improved connectivity piece in the digital realm would translate to an enhanced customer experience play,” Wermut said.

“It was one of our first engagements with ANZ as an organisation and I think we quickly learned that they really do have a stated ambition and an internal culture that's trying to move towards more of a technology company that just so happens to be a bank as opposed to being a bank that does a little bit of technology on the side.”

Versent’s exploratory piece with ANZ has formed something of a solution framework the MSP now hopes to take to other organisations to demonstrate the scalability and speed of deployment Apigee can bring to the table.

“When we go to have these conversations [with customers] we’re not talking about having to invest in highly elongated projects that you rarely see an outcome for; those long-haul projects the benefits of which really aren’t apparent for years,” he said.

“This is an opportunity for us to demonstrate in a couple of small iterations, over a small period of time and genuinely get to a point of value that demonstrates customer success, so we’ve had joint conversations with other customers and Apigee since even before we finished with ANZ.”

Wermut said with more API customer conversations on the horizon, he wanted to carry the MSPs principles on across all of its practices.

“Our API practice is part of the greater versent offering. There are three seemingly obvious but often neglected tenants of enterprises that we stick to, and that’s apparent and true even for our API practice,” he said.

“Those three being: security first in everything we do, so that if you want to share data it’s secure and authorised and it's your data that you’re saying yes to at a fine-grain level; automation second, because people aren’t binary, code is; and native cloud third, and by native cloud we absolutely mean AWS, where full-stack resilience actually gives customers that high availability that they've always been searching for.

Those three tenants are the foundation we build upon, so every time we do APIs services those are the three principles that we work to.”