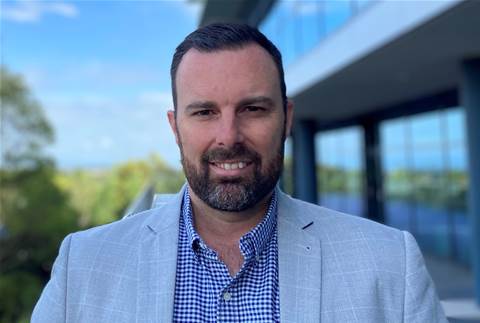 Data centre company Vertiv has strengthened its local channel team with the appointment of Rob Steel as associate channel director for Australia and New Zealand.

A company spokesperson told CRN that Steel will be running the local channel and take responsibility for building strategic alliances across its mechanical, electrical and distribution business in ANZ.

The appointment comes months after the company hired Michelle Du Plessis from Anixter as ANZ channel sales coordinator and Locksley McKay from Sapio as a channel sales executive. Both will now report to Steel.

Steel will work with the company’s two IT distributors Ingram Micro and Tech Data, as well as electrical distributors Orion and Dove Electronics to increase Vertiv’s local network of partners.

The company appointed Ingram Micro as its IT distributor in August last year. The deal was an extension of the pair’s existing distribution agreement in New Zealand, as well as in other regions globally. Vertiv said at the time that the appointment is part of its broader strategy to expand Ingram’s global portfolio access.

Steel joined Vertiv from Dell EMC, where he spent seven years and led a field marketing and sales team supporting server, storage and hyperconverged infrastructure (HCI). Prior to that, Steel served as a product manager at Eaton Corporation.

“Throughout my many years in IT, Vertiv has always stood out to be an organisation at the forefront of partner and customer centricity,” Steel said in a statement.

“Vertiv values the vertical expertise of its partners, and this trust equation combined with an impressive technology and portfolio breadth has seen the company time after time help organisations take their infrastructure footing to a whole new level,” said Steel.

The company’s ANZ head of sales Lulu Shiraz welcomed Steele to the company.

“With pedigrees in power, cooling and IT infrastructure, and passion for building empowered, channel centric teams, Rob is primed to spread our reach and take Vertiv’s channel capability to untapped heights,” Shiraz said.