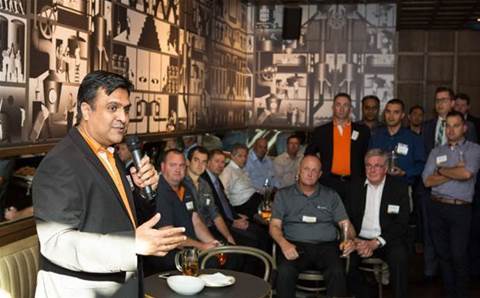 The appointment is part of a major restructure for the region that sees the company’s former APAC president, Stephen Liang, stepping into a newly created CTO role.

Sanghi is moving up from his position as Vertiv’s Asia region president which he has held since 2011. This is his 20th year with the company since he joined as the director of planning in 2001, when it was still known as Emerson Network Power.

“Both Robert and Anand are experienced leaders and have demonstrated exceptional customer focus and a belief in our culture during their time with Vertiv,” said Vertiv CEO Rob Johnson.

“Both regions possess the ability to grow the top and bottom line, and additional focus on these two areas will allow us to respond to our customers faster – a key tenet in these moves.”

Sanghi will be reporting directly to Johnson as a member of the executive leadership team and will be responsible for enhancing both growth in the region and customer relationships.

“This is a critical moment for Vertiv and our industry. Innovation, agility and the ability to deliver smart, sustainable solutions around the globe are the keys to our success,” Johnson added.

On Liang's appointment to CTO Veritv states he will be focused broadly on innovation across the organisation by aligning and prioritising technology strategies with the market trends and customers’ needs. Liang has been with the organisation since 1994.

Liang, Sanghi and Zhu follow a series of leadership appointments already this year.

Grow your software revenue by selling these 5 affordable, essential tools for the modern workplace
By Ben Moore
Feb 8 2021
5:24PM