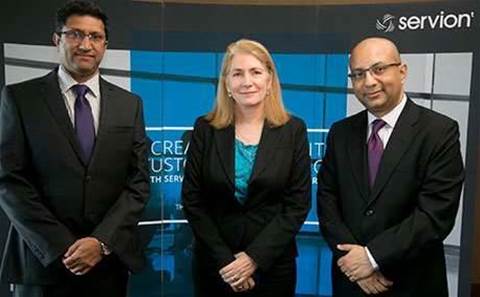 A 1000-staff, Indian-headquartered Cisco and Avaya reseller has set up shop in Melbourne with the support of the Victorian government.

Servion is a global company that specialises in delivering customer interaction management (CIM) solutions, saying it wants to change customer service in this country.

The $US80 million-turnover company was established in 1995 as an interactive voice response and voice mail company, and has its headquarters in Chennai.

It had sent its minister for technology, Gordon Rich-Phillips, to Mumbai to meet with Servion executives, and had invited them down to see the Australian Open.

When Servion decided the timing was right, the government helped the company with registration. It even connected Servion with Australian lawyers. Victoria was the only state to connect with Servion.

Servion's vice president and region head for APAC, Abhijit Banerjee, said the company plans to employ about 20-25 people for the first 18- 24 months. The initial focus is on product development, marketing, pre-sales and sales. Most of them will be located in Melbourne but some will be in Sydney. All will be local hires.

Servion's main vendors are Cisco and Avaya. It also works closely with other industry partners such as IBM and BT. Cisco owns a slice of the company, along with private equity and venture capital.

Its global reach includes operations in the United States, Europe, Middle East, Kuala Lumpur, Jakarta and Singapore; it has been servicing Australian banking and financial services customers from the Singapore hub for the past five years.

"We work with banks, telcos, airlines and utilities who deal with customers day in day out. Most of our customers are predominantly in banking and telecoms. The initial focus here will probably be banking because we have access to a lot of those customers; we work with a lot of them outside Australia and we understand the domain very well."

Servion works with many vendors; as well as Cisco and Avaya, it counts Nuance, Acqueon, HP, IBM and Tata as partners

Why is Servion drawn to Australia, a market the size of Calcutta? Because it is a mature market, said Balakrishnan, and that raises all sorts of challenges for corporations wanting to hold on to their customers and do more cross-selling and up-selling., which is Servion's specialty.

"With Servion, our focus is more on the customer experience and satisfaction rather than cost. So there are infrastructure companies more interested in their boxes, there are product companies selling products but there are very few solutions companies who look at the industry.

"We see ourselves as a solutions company but more importantly, we see the service industry as a place where there is a huge amount of opportunity. And we approach the problem in terms of how to improve the customer's experience and satisfaction.

"People ask us whether we are a services company, a products company and I keep saying we are neither – we are a solutions company. We are looking at the whole domain in a different context," added Balakrishnan.