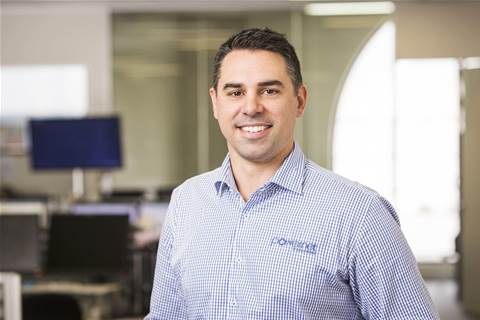 Victorian public transport provider Ventura Bus Lines turned to its long-term trusted partner PowerNET Group when it decided to upgrade its IT infrastructure.

Ventura Bus Lines wanted to relocate all critical systems to its co-located data centre and to implement a cloud-based business continuity solution. Another request was to reduce the company's footprint to one location, as its pre-existing set-up required Ventura to maintain two data centre locations and two complete sets of infrastructure.

The public transport provider's systems ran out of its head office in Dandenong on different server hardware and storage, with systems being replicated to an offsite data centre for business continuity.

PowerNET turned to Datto and Fujitsu to deliver what Ventura expected. The Datto data protection platform Siris 3 was used in conjunction with the cloud service to fulfil the requirement for cloud-based business continuity. The hardware underpinning the server and storage was Fujitsu's Primergy and Eternus.

PowerNET helped Ventura to reduce its almost five racks down to two. The server and storage total compute capacity has increased while reducing the number of physical servers and SAN enclosures, along with the power consumption.

Ventura general manager of business improvement Michael Howlett said: "PowerNET have been a long-term partner of Ventura Bus Lines. Having worked together for over 15 years, we’ve been through a lot of changes and our requirements have always been met.

"In this project, we engaged PowerNET to map out what would be our last infrastructure project as they take us through a cloud-first strategy. We have now moved all live systems into the NextDC data centre, we’re backing up to the cloud via Datto and we have access to an array of services that will put us in a great position for the future."

Through leveraging cloud-based business continuity with Datto, Ventura has been able to move a large portion of capital expenditure to an operational expense model based on its consumption requirements.

There is no longer a dependency on the head office for system access and the throughput available to its 12 locations throughout Victoria has now increased significantly.

PowerNET had three months to deliver the project due to the current maintenance agreement reaching its end.

The only setback to the project was the late delivery of the 10Gbps connectivity dark fibre service connecting the head office to the data centre in Port Melbourne. However, PowerNET was able to deliver major components of the project while the fibre was being delivered.

PowerNet Group is a finalist in the Trusted Systems category at the 2017 CRN Impact Awards. Follow this link for the full list of finalists. The winners will be announced at the Impact Awards dinner during the CRN Pipeline conference in Sydney on 6-7 April.