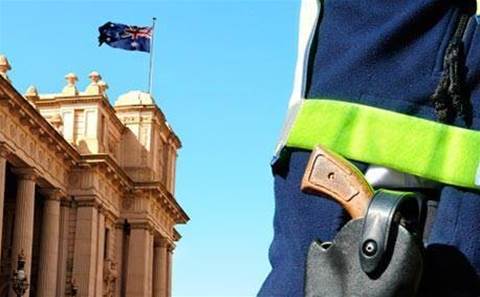 Motorola Solutions Australia has been selected to supply Victorian police with 10,000 iPhones and iPads starting in the middle of this year.

The contract will run for five years and is valued at $50 million.

The devices will be used to capture evidence, carry out identity checks and report crime and other events like traffic incidents.

As part of the contract, Optus will provide the carrier network solution, and CompNow will provide the devices themselves, plus logistics and device repair services. The solution also includes the mPol app developed by Gridstone, which Motorola acquired at the end of 2016.

The government expects 8500 devices to be deployed by the end of 2019 based on operational needs, and 10,000 over the next five years. The project extends to 3135 new police to be recruited. The first phase of the system will be unveiled later this year.

Officers with access to the devices include general duty members, protective services officers, those in the transit safety division, family violence units and highway patrol.

Victorian minister for police Lisa Neville said the devices would allow officers to spend less time behind a desk and have a greater presence within the community.

The purchase comes as part of the state government's $227 million investment in technology for police. iTnews revealed last year that the Victorian government opened up bids for an end-to-end mobility solution, including 8500 smartphones, in an effort to shake off its reputation as a 'technological laggard'.

The tender revealed that Victoria Police had a preference for iOS devices because they are certified by the Australian Signals Directorate, according to iTnews.

In 2015, the Queensland government set aside $25 million for 5400 iPads for police to use on the frontline, according to iTnews.

Grow your software revenue by selling these 5 affordable, essential tools for the modern workplace
By Brendon Foye
Apr 13 2017
11:24AM