Virgin Mobile stores will be gone in a month 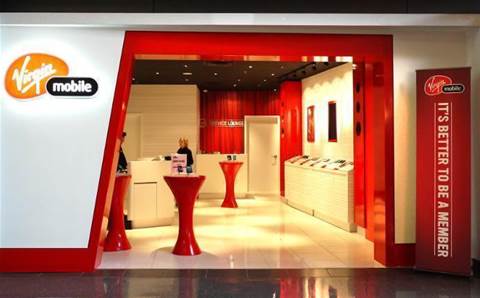 Virgin Mobile's retail stores will start closing their doors as early as next week, with all 36 locations expected to shut for good by the end of June.

Parent company Optus disclosed that it would phase out the brand over the next two years starting from today, putting up to 200 jobs at risk.

Optus confirmed that the retail outlets will begin closing on 4 June until 30 June. The telco will also stop connecting new services on 15 June.

“As they are already connected to the Optus network, Virgin Mobile customers can continue to use their service in the same way they always have," said White.

"We have a special transition plan in place to make sure the impact to customers is minimal, and the experience they have during this time is a positive one.”

Optus said it would also offer plans specifically tailored to Virgin Mobile customers that decide to stay with Optus when Virgin Mobile shuts down.

Virgin Mobile staff aren't the only ones feeling the pressure from Optus' decision to shed its workforce as a result of an "increasingly competitive and disruptive market".

Yesterday, Optus revealed it would cut 449 roles across the telco in an effort to "remove duplication and establish a more sustainable cost base".

The Communications Workers Union, which represents members from Australia's largest telcos such as Telstra, Optus and Vodafone, said the job cuts were "another devastating blow to workers and their families".

“Over 400 Australian workers will be devastated today after being told they no longer have a job. This shattering news will hit Australian workers’ and their families hard," said union national president Shane Murphy.

He added that less than 100 of the 449 workers would be redeployed within Optus.

“The Union will be doing everything we can to assist the impacted workers during this incredibly difficult time. We will be working will Optus to ensure every single worker gets the entitlements they deserve."

The CWU is also in the midst of negotiations with Optus on a new enterprise agreement for staff, the timing of which Murphy said "a reprehensible contempt for the Optus workforce.”

Cloud application revenue made easy
By Brendon Foye
May 30 2018
1:12PM