Virtual reality will create jobs, not eliminate them: digital exec 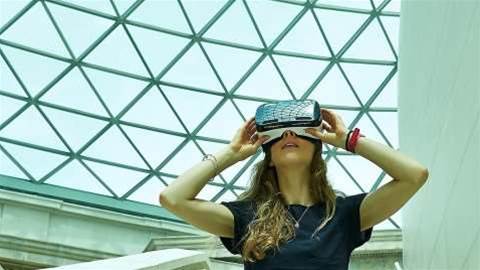 Virtual Reality technology will likely upend many digital industries in coming years, but it could also create some new jobs, according to Mirum Canada president Mitch Joel. Mirum is a global, digital agency and Joel's talk on the future of VR was delivered at the HubSpot Inbound conference in Boston.

"I actually think that for [virtual reality] there’s a tremendous opportunity for you and for me," Joel said. "There are going to be new jobs created, new forms of usability, new forms of technology, new forms of storytelling."

Joel spoke at length about the different industries that he expects will come to adopt virtual reality technology, mainly to build their own companies’ brands. Someone is going to need to be able to create and maintain those VR experiences, according to Joel.

In the immediate future, Joel predicts that the gaming industry will see the most success with virtual reality.  According to Joel, the video game industry is often a gateway to mainstream consumer and enterprise technology adoption.

"I think it’s going to drive the mass market; it always does," he said.

Joel is an author, blogger and podcaster in addition to his role at Mirum.

Cloud application revenue made easy
By Meghan Ottolini
Nov 16 2016
6:32AM