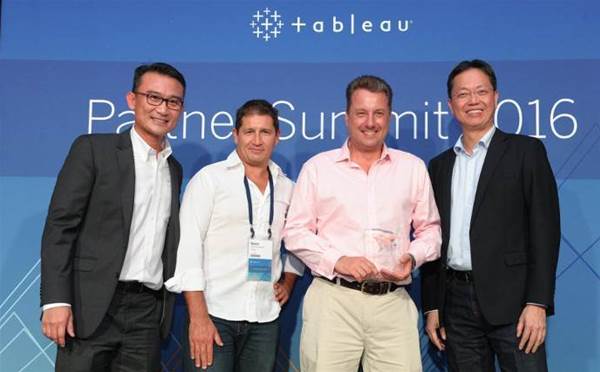 In 2015, RXP received the Services partner of the Year award in recognition of excellence in delivering Tableau Powered Solutions and training for customers.

Tableau Asia-Pacific senior vice president JY Pook said: "RXP plays essential roles with their capabilities and solutions towards helping transform how ANZ customers derive impactful and actionable insights from their data. We look forward to another great year of partnership with RXP to help more people in Australia to see and understand their data."

Another winner was Brisbane-based Key Data Consulting who took home the 2016 Services and Training Partner of the Year Asia-Pacific. The company provides training, consultancy services and also resells software in Australia and Asia.

In a blog on the company's website, director David Keys said: "With over 200 partners in the Asia-Pacific region the award recognizes our team’s performance and achievements in helping customers to see their data differently, using Tableau."