Vita Group kills off Next Byte 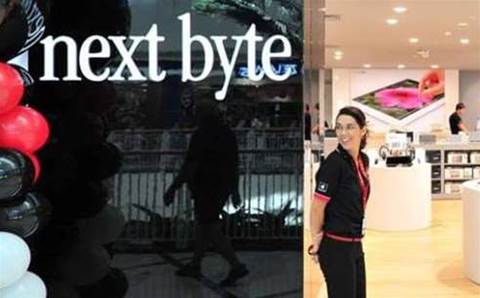 Vita Group will close its eight remaining Next Byte stores by early 2016, having already shut down a series of retail outlets due to competition from Apple.

Chief executive Maxine Horne said Vita Group is aiming to redeploy as many Next Byte staff as possible to other positions within the company.

“The welfare of our team members and customers is our most important concern and we are working to manage the impact of this decision as responsibly and respectfully as possible,” said Horne.

The Apple business has stood out as a poor performer among otherwise strong results for Vita Group. Next Byte suffered a $700,000 earnings loss during the 2015 financial year. Revenue at Next Byte was down 20 percent to $59.9 million, compared with growth in profits and sales for its parent company, which reported $601 million in sales.

The store closures will result in a one-off charge of approximately $3.2 million, and an asset writedown of $1.1 million. Vita expects annual benefits of $1.6 million annually in savings from the closure after it migrates to its other stores.

Next Byte’s business has suffered since Apple opened its own neighbouring stores in Sydney, Brisbane and Melbourne.

In 2012, Apple opened its second Sydney store in the suburb of Broadway, forcing the Next Byte on the same block to close down.

Next Byte was also forced to close its Brisbane and Melbourne stores when Apple opened its own stores in the cities in 2014.

ASX-listed Vita tried to revitalise the struggling Next Byte business by focusing on stores in regional areas rather than competing head-on with Apple, as well as refurbishing some Next Byte outlets to better mirror Apple's design credentials.

Next Byte was previously the largest premium Apple reseller in Australia and had 18 locations as of 2012. The business was established in 1995 and acquired by Vita Group in 2007 for around $30 million.