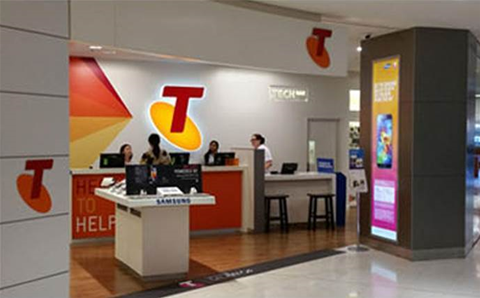 Shares in Australia's largest Telstra store operator Vita Group have crashed after the company revealed that Telstra is reorganising its stores into "geographic clusters".

Telstra licensees will be invited to apply to build their store networks within one of the 48 Telstra-determined geographic clusters.

Vita owns and operates 107 Telstra retail stores as its only master licensee as part of a deal set to run until 2020. Vita said it already has stores in 35 of the 48 clusters. 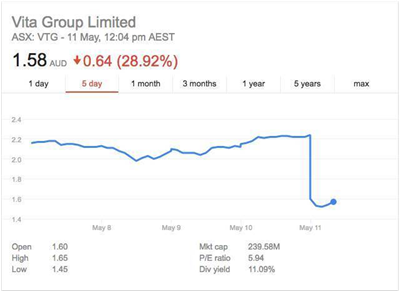 Vita chief executive Maxine Horne said the company supported Telstra's changes, as the retailer adopted a similar strategy a number of years ago.

"Creating a geo-clustered network allows for intensity of leadership, which ultimately drives better outcomes for customers. An added advantage is the lower cost that comes from clustering," Horne said.

"This move is absolutely in line with the optimisation program that Vita has undertaken with its own stores over the last three years and we will work closely with Telstra to continue optimising our network and, in doing so, bring mutual benefits to both Vita and Telstra, our customers and our broader communities."

Vita took the opportunity to open up about the remuneration changes with Telstra that were revealed in November last year.

Neither company commented on the specifics of the changes at the time, but Vita has now revealed that the remunerations were reduced in response to "margin pressures faced by Telstra in a very competitive mobility market, and the ongoing impact of the NBN rollout".

As a result, Vita suspended any plans to expand its store footprint.

"Those conditions continue to impact Telstra and the market generally, as we head into FY18 and beyond and have the potential to impact remuneration in the future," Vita said in a statement.

"Consequently, Vita is working closely and confidentially with Telstra on remuneration and other commercial terms to find mutually acceptable ways of dealing with the challenges that lie ahead."

A Telstra spokesperson said the company periodically made changes to its licensee remuneration structure but declined to expand further on the specific arrangement with Vita.

"We constantly review the way we work with our partners to ensure we remain focused on achieving the best for our partners and for Telstra, while also delivering a great experience for our customers," the spokesperson said.

Vita also released a trading update, which said the company expected an underlying EBITDA of between $63 million and $66 million in FY17, up from $61 million last financial year.

However, remuneration reductions are expected to have an impact on EBITDA for the second half of the financial year, partly offset by new Telstra stores opened in March and April.