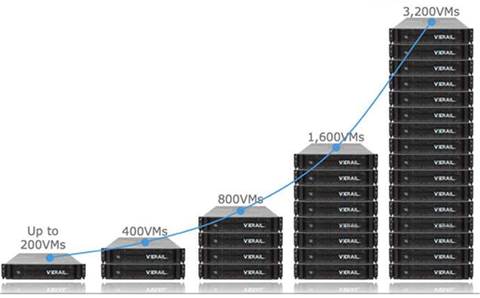 NSX software-defined networking is rapidly becoming VMware's most important product, and now the vendor is moving to make it more valuable for enterprise customers.

Terms of the deal, expected to close by the end of June, weren't disclosed.

Arkin, founded in 2013 by a team that includes two former VMware managers, is a VMware partner that has built its technology to work with NSX software and with physical networking equipment from Cisco, Hewlett Packard Enterprise, Dell, Juniper and Arista.

VMware said it plans to integrate Arkin with its vRealize Suite of cloud management tools, adding network virtualisation support to an offering that previously only worked with compute and storage.

Dominick Delfino, vice president of worldwide systems engineering at VMware, said in a blog post that Arkin will help speed sales and deployments of NSX.

Arkin "helps IT organisations to simplify planning and operations for NSX, allowing them to quickly scale NSX to thousands of applications," said Delfino in the blog post.

"By correlating the cross-domain data, operations teams have full context and visibility of traffic flows while monitoring and troubleshooting issues," Delfino said.

VMware is seen as the centerpiece of Dell's pending acquisition of parent company EMC, which is expected to close by October. With sales of vSphere - the vendor's main server virtualisation product - in steady decline, VMware is focusing on emerging technologies like NSX and VSAN virtual storage.