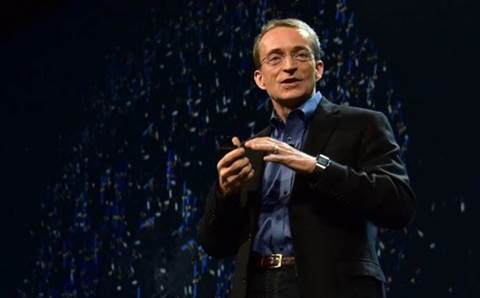 VMware has announced it will acquire both Pivotal and security vendor Carbon Black, deals CEO Pat Gelsinger said will create more than US$3 billion in hybrid cloud and Software-as-a-Service revenue in just two years after the deals close.

“With both companies, we will be the only vendor able to deliver software solutions that enable customers to build, run, manage, connect and protect any app on any cloud and any device,” said Gelsinger during the company’s second fiscal quarter earnings call early on Friday Australian time. “This is also an opportunity to change the security market entirely.”

VMware expects Pivotal Software and Carbon Black will add more than two points of revenue growth and over $1 billion in hybrid cloud subscription and SaaS sales to VMware’s total revenue in the first year after the deals are closed.

“We expect this to take us to over $3 billion of hybrid cloud and SaaS revenue in year two,” said VMware’s CEO. “[VMware will become a] top 10 IaaS, PaaS provider in the industry. This is becoming a very real portion of VMware’s business revenue and strategy going forward.”

Regarding Carbon Black, Gelsinger said the acquisition will shake up the security industry, which he believes is “broken.”

“We really think the security industry is broken. This idea of individual products that are bolted on and patched on is just ineffective for customers. Today, we are launching a major step to deliver an end-to-end intrinsic security platform,” said Gelsinger. “We are taking a huge step forward in security by bringing Carbon Black into the VMware family to deliver an enterprise-grade platform to protect workloads, applications and networks from device to cloud.”

“We intend to create deep integrations—agentless on the server workload side, but also collapsing endpoint management and endpoint security into an industry-first unified workspace solution,” said Gelsinger. “With this acquisition, VMware will be able to take a significant leadership position in security for the new age of multi-cloud modern apps and modern devices.”

With Pivotal Software—which like VMware falls under the Dell Technologies umbrella of brands—VMware plans to take over the Kubernetes market.

“We have the opportunity to bring these next-generation developer platforms and infrastructure services all based around Kubernetes to a much, much larger market than what was ever possible before. That’s where VMware’s enterprise credibility and reach will come to great benefit,” said Gelsinger.

VMware’s CEO said the company will evolve VMware vSphere into a native Kubernetes platform for VMs and containers.

Looking at VMware’s second-quarter earnings, the company reported $2.44 billion in revenue, up 12 percent year over year.

VMware license revenue for the second quarter hit $1 billion, up 12 percent compared with the same quarter one year ago.

VMware is expecting to close both the Pivotal and Carbon Black deals in the second half of VMware’s fiscal year 2020, which ends 31 January 2020.