VMware Australia adds $10m in sales as it moves beyond VMs 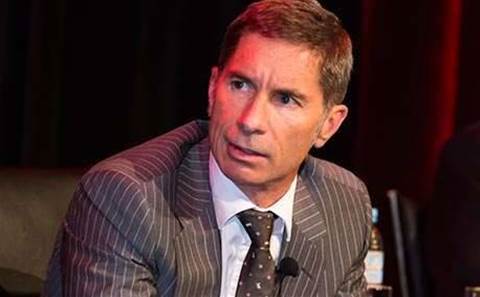 VMware Australia increased its sales by $9.3 million in the 12 months to 31 December 2013, as the vendor continued on the path of diversifying away from its traditional virtual machine business.

In VMware Australia's financial report, it revealed revenue growth of 11 percent from the previous year, with sales now topping $93.6 million.

Donovan declined to offer any further details on on specific numbers for its Australian operations, but he told CRN that the company was able to enjoy a fruitful year – despite the increased competition in the virtualisation market – thanks to a deliberate strategy to diversify.

"There's still good business in virtual compute but now it's all about end user computing, hybrid cloud, and service management."

He paid tribute to the channel for taking up the new hybrid cloud and mobile offerings.

"There has been a great contribution from the service provider community," Donovan told CRN. "It hasn't been an overnight success. We have ensured over a period of years to build up our partners' competencies in the new areas."

The channel boss cited resellers such as BEarena and VC Pro as early adopters of VMware's new technologies that have gone on to bring in business for both themselves and the vendor.

Donovan said the coming year will see more of the same tactic. "This year we are continuing to promote growth in our non-core technologies."

"And our partners will play a huge part," Donovan told CRN. "A great example is that our public cloud will be offered directly to the channel, which is very unique."

Sales may have grown but the bottom line wasn't so rosy: VMware Australia recorded a $6.1 million loss for the year.

The report also showed that employee costs noticeably increased by almost $17 million, topping $79 million for the year. When asked by CRN if the headcount at VMware Australia had significantly changed, a spokesperson said that the number had remained steady in 2013.

The vendor is currently gearing up to host 23,000 attendees at its big annual conference later this month in San Francisco.

"There will be about 100 partners from Australia attending VMworld," said Donovan.

The strategy to move away from virtual machines was also heralded by VMware US when it discouraged storage partners from attending its event earlier this year, citing that they had now become competitors.