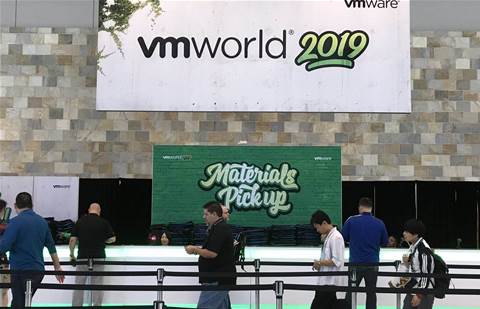 VMware has kicked off its annual VMworld USA conference by doubling down on Kubernetes, the Google-derived open source container orchestration tool.

The company has announced a new range of products called “Tanzu” that will become the brand for all of the company’s modern application efforts. Tanzu includes some elements from VMware’s late 2018 acquisition of Kubernetes developer Heptio, some of its other application development tools and the Kubernetes portfolio it will inherit once last week’s acquisition of Pivotal is formally concluded.

The Kubernetes emphasis was pitched as entirely in line with VMware’s aim of delivering any workload to any device or cloud. Containers are designed to be portable: VMware is making sure it offers a Kubernetes experience that runs on-prem and across VMware-powered clouds. As the company has relationships with AWS, Azure, Google, IBM, Rackspace, CenturyLink and many others, it’s therefore offering a lot of places to run Kubernetes and containerised apps!

It’s also offering vSphere users a chance to get into Kubernetes, thanks to the announcement of a tech preview of Project Pacific, an effort focused on making vSphere capable of treating Kubernetes clusters in the same way it deploys virtual machines today.

As is so often the case with VMware, the company’s pitch is that its users know and like vSphere, so using it for more jobs means easier adoption of new technologies without standing up multiple IT stacks and wastefully replicating infrastructure. Operations types get the vSphere they know and love. Developers get Kubernetes. Business gets one set of tools to run legacy apps, clouds and newfangled cloud-native containerised software too.

The pre-briefing CRN attended didn’t offer any information on when Pacific will appear, and whether it is the known-to-be-in-development vSphere 7.0 or something else. Tanzu was also a little hard to pin down. A multi-cloud Kubernetes management tool called “Tanzu Mission Control” is a firm announcement, the rest of the range is to be announced.

Other news nuggets announced at VMworld include:

The author traveled to VMworld 2019 USA in San Francisco as a guest of VMware.