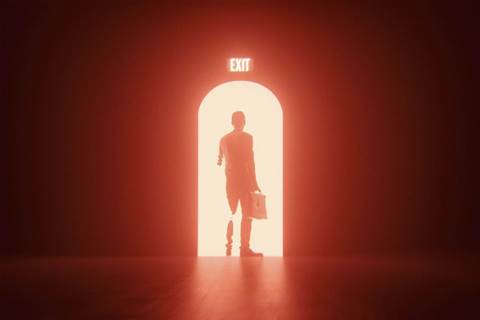 Hansen joined Carbon Black in July 2017 as the company’s first ever chief revenue officer, and later became the Waltham, Mass.-based company’s chief operating officer before it was bought by VMware for US$2.1 billion in October 2019. Following the deal, Hansen became senior vice president of security operations for VMware’s Security Division, responsible for enterprise, corporate, SMB and channel sales.

“As I earlier this year carefully considered what’s next for me, I was introduced to Daniel [Dines], the CEO and co-founder of UiPath, and it quickly became clear to me that UiPath is the company I wanted to join,” Hansen said in a video message posted to his LinkedIn page Tuesday. “And I’m thrilled to be here.”

Hansen’s last day at VMware Carbon Black was April 3, according to the organization, and his appointment as UiPath’s chief revenue officer was announced Tuesday.

Former Secureworks Chief Revenue Officer Geoff Hayden started at VMware Carbon Black in February and since Hansen’s departure has taken on many of his direct reports and now runs worldwide sales, the company said.

“Thomas’ clear passion is in earlier-stage companies, a sweet spot he came to love over the past five years first at Dropbox and then at Carbon Black,” VMware Carbon Black said in a statement. “His vision and mission is to lead people and companies through the earlier stages, helping them go further than they otherwise would.”

He was serving as chief revenue officer when Carbon Black raised US$152 million on a valuation of US$1.3 billion in its April 2018 Nasdaq initial public offering, and as chief operating officer when the company’s US$2.1 billion sale to VMware was announced sixteen months later.

VMware had submited offer letters for Morley, Hansen and Chief Product Officer Ryan Polk in August 2019, setting forth the terms and conditions of these executives' continued employment with VMware once the deal closed, Morley told investors at the time. Polk left VMware Carbon Black in January 2020, and is open to jobs where he could serve as chief product officer or CEO, according to his LinkedIn page.