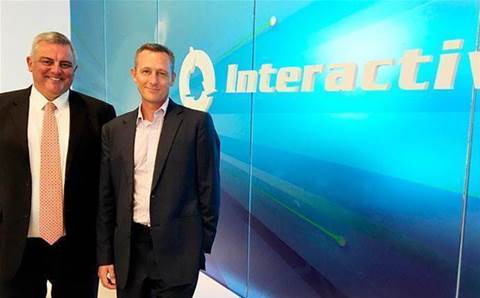 Reid replaces Rob Dooley, who was promoted to lead the Carbon Black business in Asia-Pacific and Japan in August this year.

Reid revealed the move on LinkedIn, while VMware also confirmed the appointment with CRN.

“Darren Reid has joined VMware as Director, Security Business Unit for Australia and New Zealand, where he will be responsible for leading the team and working closely with customers and partners,” a VMware spokesperson told CRN.

Reid joins from managed services provider Interactive, where he was director of marketing and alliances since 2018, and head of partnerships and alliances the year prior.

Prior to Interactive, he also worked at CA Technologies from 2009 to 2016, holding senior executive roles for its Asia-Pacific and Japan business. He also worked at IBM Australia in various management roles.

“After nearly five fabulous years at Interactive, including developing a new indirect channel and recruiting and developing a world-class marketing team, I have taken an opportunity for a short break before joining VMware to lead the VMware Carbon Black business in Australia & New Zealand,” Reid’s LinkedIn post read.

“This is a very exciting opportunity and one that brings together several things I really enjoy. I am very much looking forward to engaging with our sales teams, our partners and our customers as we help protect and improve security in a zero trust world.”

VMware last year opened a local point of presence (PoP) in an AWS Sydney data centre for Carbon Black, with the aim of delivering the endpoint security offerings to "highly regulated industries" such as government bodies and banks.

Grabbing the hybrid cloud opportunity with Lenovo and Azure Services
By Nico Arboleda
Dec 10 2021
11:17AM