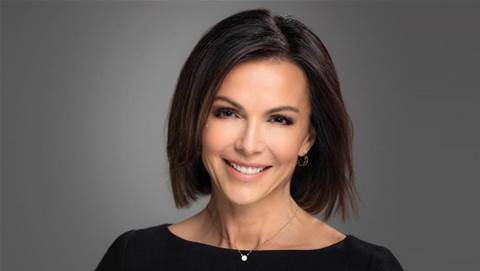 VMware announced that channel chief Sandy Hogan — who said in February that “providing an unrivaled partner experience is at the forefront for everything for us” – is leaving the company in two weeks.

Hogan, senior vice president, worldwide commercial and partner sales, is the first high-level VMware departure since Broadcom announced a US$61 billion plan in May to buy the company. Ricky Cooper, the vice president leading global and transformational partners, will step in to the role on an interim basis, VMware said.

“Sandy Hogan has made a personal career decision to leave the company to pursue a new career opportunity, effective July 6,” VMware wrote in a statement. “We thank Sandy for her passion and commitment and wish her well. Ricky Cooper will serve as the interim lead for VMware’s Worldwide Partner and Commercial Organization. Ricky is currently the VP leading Global and Transformational Partners.

In her two years at the company, Hogan has won numerous awards for her stewardship of VMware’s channel.

She previously worked at multicloud solutions provider Rackspace. For 15 years, Hogan worked at Cisco where she started in marketing. She talked with CRN US in February about the future of VMware as an independent company, as well as what customer success looks like to her.

“We view customer success—whether it’s SaaS subscription, licensing, the whole experience—it’s about having expertise,” she said. It’s about having customer telemetry to know what technology they’re using, what problem they’re trying to solve, and working with the customer to make sure they’re always providing that level of expertise to help the customer utilize and optimize the technology, solve for the business outcomes, etc. That’s a whole new skill set partners are building. Some of them are experts at it. Many of them are just building out these new practices.”

At the time, she said her focus for this year was going to be in three areas: partner experience, customer experience, and helping partners achieve new lines of business in managed services.

“The VMware profitability journey is actually being redefined by our partners. Because they’re creating more of these complex services, we’re actually seeing our best partners are two times to three times more profitable when they have invested in these types of new services offerings, and in particular, around customer success,” she said. “We’re looking at creating new ways for our partners to develop MSP offerings and being able to publish those offerings in marketplaces so we now create that multiplier effect. So everything around 2022 is going to be around executing against all of those capabilities this year.”

The looming acquisition by Broadcom has stoked fears among VMware partners that the channel-focused company will forget about its downstream customers once the deal closes. Broadcom Software Group repeatedly stated in a November investors call that it’s model for profits relies on focusing only on the top accounts, and stopping support for the “long tail.”

“We streamline our business model to focus on where we think we can win,” said Broadcom Software Group President Tom Krause said on Nov. 9. “So when you think about these companies serving thousands and thousands customers, and really focusing now only on six hundred. That allows us to rethink what the revenue growth profile is going to look like.”

On Wednesday, Krause released a statement saying Broadcom Software Group planned to change its ways if it is rebranded VMware.

“VMware is an iconic software company with a vibrant ecosystem, including hyperscalers, system integrators and channel partners. We don’t want to change any of that, and in fact, we want to embrace those relationships,” Krause wrote. “We have tremendous respect for what VMware has built, supported by a skilled team of engineering talent. It is for all these reasons and more that we’ve committed to rebrand Broadcom Software Group as VMware.”