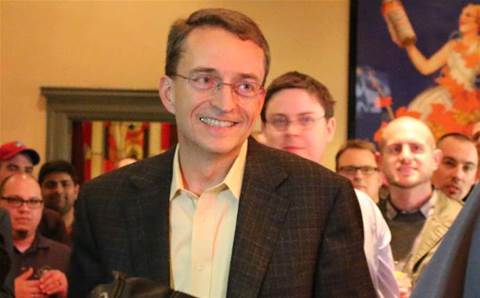 Thanks for the shout out, @jonfortt but I love being CEO @vmware and not going anywhere else. The future is software!!!

Following Gelsinger's tweet on 22 June about declining the potential Intel CEO position, Michael Dell tweeted his own approval of the news to Gelsinger's Twitter account: a cartoon image of a man with a "you're the best" plaque.

Gelsinger spent 30 years at Intel from 1979 to 2009, becoming the company's first ever CTO in 2000. Gelsinger then joined EMC as president and COO for three years before becoming CEO of VMware in 2012.

Last week, Intel CEO Krzanich resigned after the company learned of a prior consensual relationship he had with an employee. The company said an ongoing investigation by internal and external counsel confirmed that Krzanich had violated the company's non-fraternisation policy. The relationship with the employee happened "some time back," and the company was only made aware of it recently.

The company said it has begun a "robust" search for a permanent CEO, which will include consideration for both internal and external candidates. An executive search firm will assist in the process. Intel named chief financial officer Robert Swan as interim CEO, effective immediately.

7 steps to MSP success: from pricing to specialisation
By Mark Haranas and Matt Brown
Jun 27 2018
11:31AM