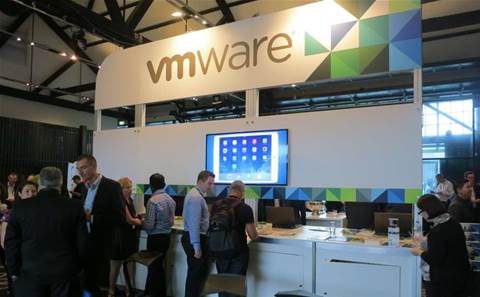 VMware's Pat Gelsinger appears to be finally putting to rest any talk about his company's acquiring parent company EMC in a downstream merger.

Gelsinger, speaking at Monday US time's VMware analyst day presentation -- which was closed to the media -- told analysts that such a deal was not a "serious consideration," and that he did not recommend such an action, according to a Boston Globe report.

No one from VMware was available to talk about Gelsinger's comments before CRN USA's publication time for this report.

The news follows reports last month that VMware is contemplating a downstream merger with EMC. In such a downstream merger, VMware would acquire parent company EMC. EMC is also reportedly considering an acquisition of VMware, as several news organisations have reported.

Gelsinger in mid-August said in a meeting with Calcalist, a daily Israel-based business publication, that VMware has no plan to acquire EMC. His comments at VMware's analysts' day seems to make his intentions more clear.

Storage king EMC, which owns about 80 percent of VMware, is under pressure from investors to break up its EMC Federation, which includes EMC Information Infrastructure, VMware, Pivotal, RSA and VCE.

EMC is also reportedly a potential acquisition target of Hewlett Packard Enterprise, the enterprise portion of Hewlett-Packard after that company splits in two this northern autumn.

Daniel Ives, a research analyst at FBR Capital Markets who was at VMware's analyst day event, on Tuesday US time wrote in a research note that VMware management's comments dismissing the logic of a potential downstream merger with EMC was the highlight of the presentation.

"We believe the concept of a downstream merger with EMC has been unsettling for VMware investors and has weighed on the stock since several media reports (including Bloomberg) started to circulate over the past few weeks," Ives wrote.