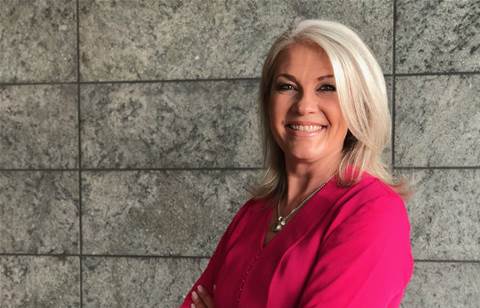 “Jenni Flinders, VMware’s global channel chief, has made a personal career decision to leave the company, effective June 11,” said VMware in a statement to CRN USA. “Over the last two years, Jenni contributed her expertise to revamping the global partner organization, including the successful launch of Partner Connect. We thank Jenni for her passion and commitment and wish her well. Sandy Hogan, senior vice president of Worldwide Commercial and Partner Sales, will lead the Worldwide Partner Organization.”

The news of Flinders’ departure comes at the same time Dell Technologies -- which owns a majority stake in VMware – announced that its own global channel chief Joyce Mullen will be leaving the company next month.

Flinders was hired as vice president and global channel chief for VMware in April 2018, after spending 15 years in various channel partner and sales executive roles at Microsoft from 2000 to 2015. She hit the ground running at VMware, almost immediately introducing VMware Master Services Competencies and letting the VMware partner community know of her plans to completely overhaul VMware’s “entire partner program.”

On March 1, 2020, VMware launched its new program Partner Connect, which dramatically changed the way VMware engages and incentivizes its thousands of channel partners across the globe.

“I’ve been blessed to work for some amazing companies and with amazing people - and have learned a great deal from the lesser-than experiences,” said Hogan in a LinkedIn post in June. “And now, the best is yet to come with world-class VMware. Ready to realize what‘s possible.”

Hogan could not be reached for comment by press time.