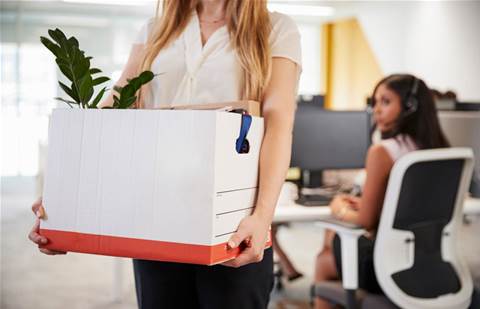 VMware has confirmed to CRN that it is conducting a limited number of layoffs this month as part of its “workforce rebalancing” strategy.

“We can confirm that there have been a limited number of changes to our workforce this month (January 2021), impacting less than one percent of the total employee population,” said VMware in a statement to CRN. VMware employs roughly 31,000 employees on a global basis, meaning a few hundred employees will likely be cut.

“This is a part of regular workforce rebalancing that ensures resources across VMware’s global businesses and geographies are aligned with strategic objectives and customer needs,” said VMware. “We continue to recruit in areas of strategic importance for the company.”

A VMware representative in Australia declined to comment on local implications.

The layoffs come as VMware CEO Pat Gelsinger is set to leave the virtualization and software superstar next month to lead Intel as its new CEO. VMware has named CFO Zane Rowe as Interim CEO as the company is currently underway searching for a new permanent CEO.

Additionally, Dell Technologies is set to spin off its 81 percent stake in VMware later this year to Dell and VMware shareholders. Dell CEO Michael Dell told CRN that its proposed spin-off of VMware’s stock won’t be disrupted by Geisinger’s departure.

“Negotiations on the VMware side are being led by a special committee of the Board; workstreams continue. As both companies have stated, we believe a tax-free spin could drive shareholder, team member and customer value by simplifying capital structures and enabling flexibility,” said Dell to CRN this month.

Gelsinger’s departure comes as VMware is transforming itself into a subscription and software-as-a-service (SaaS) company with big investments in emerging markets such as Kubernetes, hybrid cloud and edge computing. Both the sales and innovation engines at VMware have yet to slow down amidst the global COVID-19 pandemic, with total revenue reaching $2.86 billion for its recent third fiscal quarter, up 8 percent year over year.

In regards to VMware’s new round of layoffs this month, the company said it has an active employee support program to help all impacted employees find new positions in VMware or outside of the company.

In January 2020, VMware conducted a similar round of layoffs as part of its annual workforce rebalancing efforts.

Grow your software revenue by selling these 5 affordable, essential tools for the modern workplace
By Mark Haranas
Jan 28 2021
10:42AM