VMware: containers aren't a threat, they're an opportunity 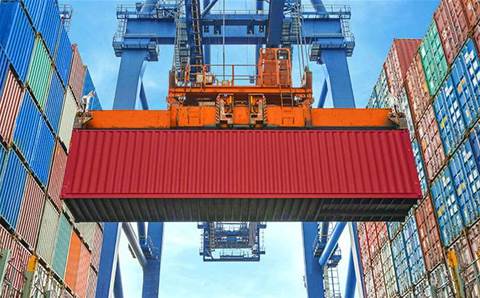 Yet VMware does have a container strategy, and it involves running containers inside virtual machines and providing developers with open source tools to build cloud native apps – ie, ones that scale up and down based on demand, and which take advantages of microservices.

While containers are quickly gaining popularity with cloud developers, VMware believes it can play a key role in securing and managing them, so that enterprise customers can focus on building apps.

"We fundamentally see containers as an opportunity for VMware, not a threat," Kit Colbert, vice president and general manager of VMware's cloud native apps business unit, said an interview earlier this week.

Colbert declined to respond directly to Whitman's comments, but said running containers inside VMs is the best path for VMware's vast base of enterprise customers.

When enterprises use containers, "there are tremendous amounts of requirements for monitoring, security, compliance, backup, and disaster recovery", all of which can be addressed by running them in VMs, said Colbert.

"It's easy to get mired in the VM-versus-container debate," Colbert added. "We see our role as helping customers to embrace these new technologies by layering on the enterprise operational [technology] they require. They need to know that [containers] are healthy and working properly."

Containers let developers build apps and move them from testing to production, on any type of infrastructure, without changing their code. Containers are smaller and more lightweight than virtual machines because they don't have an underlying operating system, which means more apps can run on a physical server.

Two longtime VMware partners told CRN USA that while they don't see containers as a wholesale replacement for virtual machines at this stage, that could happen in the future as the technology matures and gains more enterprise-ready features.

"VMware is actively saying you need both hypervisor and container, and you do for now. But containers are what the world wants as it truly allows for flexibility in where I run my app," said one source who works with VMware, who didn't want to be named in order to protect the relationship.

"I see containers making vSphere [VMware's server virtualisation technology] irrelevant in the developer world, but that doesn’t necessarily mean that VMware as a whole will be irrelevant," said another VMware partner.

VMware is tackling the container challenge with a series of home-grown technologies, which it's also making available as open source projects on GitHub.

These include vSphere Integrated Containers, which lets apps run on containers inside of virtual machines; Photon OS, a Linux-based operating system that lets developers build cloud-native apps; and Project Lightwave, a set of identity and access management services for container workloads.

VMware has also partnered with Docker, the top container startup, and Core OS, which is developing its own container technology called rkt (pronounced 'Rocket'). VMware supports both formats in Photon OS.

Wei Dang, head of product at CoreOS, said while VMs aren't a requirement for running containers, there are certain scenarios where doing so makes sense.

"An example where that would make sense is when you're building multi-tenant cloud services shared across customers – they need security isolation," Dang told CRN USA.

"But with customers running their own environments, there are other isolation constructs in containers that are generally good enough. Our container runtime provides strong isolation of VMs," Dang said.

Create your business scorecard
By Kevin McLaughlin
May 31 2016
5:20AM