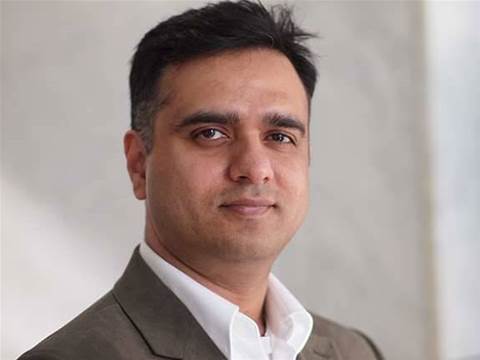 VMware Chief Operating Officer Sanjay Poonen, who has butted heads with Nutanix in the past, showed his respect for Nutanix’s Dheeraj Pandey as the CEO prepares to leave the company he built into a US$1.2 billion software star.

“I salute Dheeraj,” said Poonen via Twitter. “Few entrepreneurs get to take a company from US$0 to US$1 [billion]+ and help create a category, ie hyperconverged. Lots of respect for him and wish him the very best.”

In 2018, Pandey called VMware a “bully,” while Poonen labeled Nutanix a “copycat” of VMware. The two companies compete on several IT fronts including hyperconverged software leadership, hypervisor and hybrid cloud services. However, the two adversaries have shown respect for each other as well over the years.

I salute @Dheeraj, few entrepreneurs get to take a company from 0 to US$1B+, and help create a category, ie #HyperConverged. Lots of #Respect for him, and wish him the very best. Agree with all that @Ravi_lsvp says about Dheeraj here: https://t.co/qfM8ZpZOJM https://t.co/fOU8CR5gLo

Poonen said he agrees with everything Nutanix board member Ravi Mhatre had to say about Pandey when his retirement was announced last week.

“Silicon Valley’s history is filled with storied founders and legendary visionaries and Dheeraj Pandey has earned a place among them,” said Mhatre when Pandey revealed his upcoming retirement. “On behalf of the entire Board, I thank Dheeraj for his vision and invaluable contributions, which have enabled Nutanix to grow from a simple idea to the market leader and successful company it is today. We support his decision to begin another chapter and deeply appreciate that he will continue to lead the management team until a successor has been appointed.”

Pandey revealed his to plans to retire following the company’s fourth fiscal quarter earnings report last week, which saw Nutanix generate US$328 million in revenue, up 9 percent year over year. In addition, Bain Capital Private Equity said it will invest US$750 million in Nutanix.

As to his reason for retiring, Pandey told CRN that the coronavirus pandemic has changed his perspective on life.

“The pandemic was hard on all of us,” said Pandey. “There’s a lot going on with families. I figure there’s no better time for a succession plan and really focus on things that really matter. I look forward to spending more time with my kids, my family and my wife. And just having the space and flexibility to read and write. … When I look back, there was a ton of soul searching. COVID changes everything. The way it has changed my personal relationships, it’s very important that I focus on things that matter.”

Pandey came to the U.S. from India in 1997 with US$900 in his pocket, he told CRN last year. In 2009, he founded Nutanix, which quickly became an innovator and leader in the emerging hyperconverged infrastructure market at the time. Over the past few years, Nutanix successfully exited the hardware market and became a software-only company, which now has annual software and subscription sales of well over US$1.2 billion with annual billings of US$1.6 billion, along with more than 6,000 employees.

A CEO search committee comprised of the Nutanix board of directors is under way to find a replacement. Pandey will remain chairman and CEO while the search is conducted and will retire when a new leader is appointed by the board.

“We have great talent on the inside, but we wanted to go out to external candidates just as well,” said Pandey in terms of finding his replacement.

Pandey told CRN that the new CEO will need to be channel-friendly in order for Nutanix to succeed in the future. “There’s two kinds of customers: We have the end-user customer, but you also have the channel as a customer. So anybody who comes in has to have extreme customer centricity,” he said. “What we’re doing with our digital strategy, Test Drives, the fact that everything is available to our channel partners to go do proofs of concept, and now all our products are available in the cloud—we want to be the company that helps transform the channel.

“We would like to be that company that really takes the hard work of the last decade and use that as a springboard to make the channel extremely cloud-friendly,” said Pandey.

Grow your software revenue by selling these 5 affordable, essential tools for the modern workplace
By Mark Haranas
Sep 2 2020
11:40AM