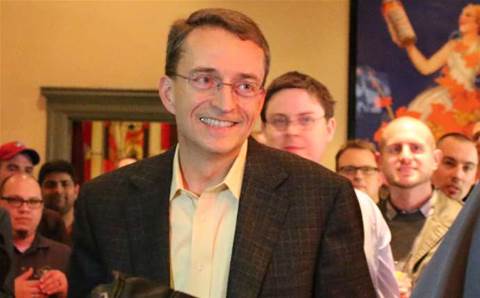 VMware CEO Pat Gelsinger is planning to leave the company once Dell closes its acquisition of EMC, multiple sources with knowledge of the executive's plans told CRN USA on Tuesday US time.

Tony Bates, the former Microsoft executive who joined VMware's board in February, and is currently president of videocamera vendor GoPro, is one candidate being considered to replace Gelsinger, said one source familiar with the CEO search.

Several senior software executives from Dell and EMC are also in the mix for the VMware CEO job, the source added.

Spokesmen from VMware and EMC denied that Gelsinger is planning to leave the company.

"That is categorically untrue," said the EMC spokesman. A Dell spokesman declined to comment.

One high-level EMC source said Gelsinger was directly responsible for the lacklustre market performance of the vCloud Air hybrid cloud service, which has struggled to attract customers since launching three years ago. Bill Fathers, the executive in charge of running vCloud Air, left VMware last month.

"There have been a number of missteps at VMware, including vCloud Air," said the EMC source, who didn't want to be named.

"Our success is predicated on people working together - not apart from one another. Whether it is Virtustream or Pivotal, we need to work together. Pat is not an easy guy to work with. Pat likes to do what Pat likes," said the EMC source.

The feeling inside Dell Technologies and EMC is that Gelsinger is not collaborating with the rest of the technology team, said the EMC source. "The goal of Dell Technologies is to work closer as a team," said the source. "I don't know if Pat is completely on board with that model."

Some of CRN USA's sources said VMware plans to announce Gelsinger's departure at its annual VMworld conference, which is being held from 28 August to 1 September in Las Vegas.

Shortly after Dell announced its US$67 billion bid to acquire EMC last October - the largest deal in technology industry history - EMC and VMware agreed to combine vCloud Air and EMC's Virtustream into a cloud joint venture.

But VMware shares plummeted in the wake of the announcement, as shareholders weren't happy that VMware would be taking on US$200 million to US$300 million in costs associated with the formation of the new cloud company. VMware pulled out of the joint venture in December.

Sources told CRN USA at the time that the vCloud Air-Virtustream joint venture idea came not from Gelsinger, but from EMC's top leadership.

Re/code reported in February that EMC CEO Joe Tucci was "said to have been annoyed" by VMware's decision to pull out of the joint venture.

Gelsinger joined VMware in August 2012 from EMC, where he was president and COO of the storage giant's Information Infrastructure Products division. Gelsinger started his career at Intel and spent 30 years at the chipmaker, serving as its first CTO and leading development of the original 486 processor.

Gelsinger immediately won favour with VMware partners and customers by ending vRAM, the controversial vSphere server virtualisation licensing scheme that Maritz had introduced. Gelsinger also unwound Maritz's strategy of building a portolio of SaaS apps free from any ties to Windows, selling Zimbra and Socialcast in 2013.

Under Gelsinger's leadership, VMware's annual revenue has grown from US$4.6 billion to around US$6.5 billion. Although sales of the vSphere server virtualisation cash cow are declining, Gelsinger has steered VMware's focus toward NSX software-defined networking and VSAN software-defined storage businesses, which are both seeing promising revenue and customer growth.

Gelsinger also pulled the trigger on VMware's largest acquisition ever - its US$1.54 billion purchase of AirWatch in 2014 - giving the virtualisation vendor much-needed credibility in a mobile device management market in which it had long sought traction. AirWatch had total bookings of US$370 million in VMware's fiscal 2015.

Meanwhile, Gelsinger has seen several of his top executives depart over the past nine months, including CTO Ben Fathi, COO Carl Eschenbach, CFO Jonathan Chadwick, and Martin Casado, the former CTO of Nicira and head of VMware's security and networking business.

During VMware's first quarter earnings call last month, a Wall Street analyst asked Gelsinger if these departures would impact VMware's business. He responded by noting that VMware is still having no problem attracting top talent.

"I want to just say overall, we've managed through these transitions highly effectively, and I'm quite proud of my leadership team in getting that done," Gelsinger said.