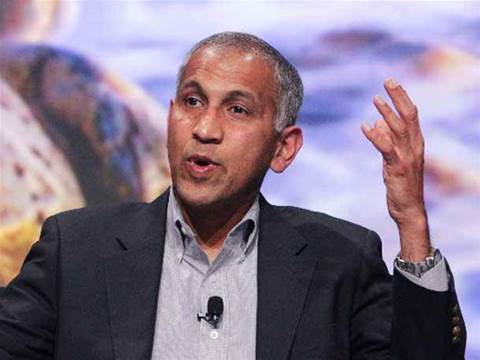 VMware is suing former Chief Operating Officer Rajiv Ramaswami after he recently left to become CEO of rival Nutanix, charging Ramaswami with “material and ongoing breaches” of his legal and contractual duties to VMware as he was being courted by Nutanix in late 2020.

Nutanix has said the lawsuit is an attempt by VMware to “hurt a competitor.

VMware has initiated legal proceedings in the Superior Court of the State of California, County of Santa Clara, against Ramaswami for what it alleges are material and ongoing breaches of contractual duties and obligations, according to the lawsuit.

The Palo Alto, Calif.-based company is suing its former COO for failing “to honor his fiduciary and contractual obligations,” according to VMware.

“For at least two months before resigning from the company, at the same time he was working with senior leadership to shape VMware’s key strategic vision and direction, Mr. Ramaswami also was secretly meeting with at least the CEO, CFO, and apparently the entire Board of Directors of Nutanix, Inc. to become Nutanix’s Chief Executive Officer,” said VMware in a statement in conjunction with the litigation filing. “He joined Nutanix as its CEO only two days after leaving VMware.”

Ramaswami officially left VMware on Dec. 7, 2020. He was announced as Nutanix’s new CEO on Dec. 9.

“Mr. Ramaswami demonstrated poor judgement and had a clear and extended period of conflict of interest. He should have disclosed this conflict of interest to VMware so that the company could have taken steps to protect itself. But he did not notify VMware, and thus deprived the company of the ability to do so by concealing his Nutanix-related activities,” said VMware.

Nutanix fires back: Lawsuit ‘An unfounded attempt to hurt a competitor’

Nutanix has quickly responded to VMware’s lawsuit against its new CEO, saying the litigation was filed to hurt Nutanix’s business.

“We believe that VMware’s action is nothing more than an unfounded attempt to hurt a competitor and we intend to vigorously defend this matter in court,” said Tonya Chin, vice president of corporate communications and investor relations at Nutanix, in a statement to CRN. “It is disappointing to see VMware’s management sue him just because he chose to pursue an opportunity to become a public company CEO.”

In addition, Nutanix said the lawsuit seeks to make interviewing for a new job “wrongful.”

“We view VMware’s misguided action as a response to losing a deeply valued and respected member of its leadership team,” Nutanix said.

Nutanix and Ramaswami say they ‘agreed’ to not ‘misuse confidential information’

Nutanix said both the company and Ramaswami have gone “above and beyond” in being proactive and cooperative with VMware throughout the transition.

“Nutanix and Mr. Ramaswami assured VMware that Mr. Ramaswami agreed with his obligation not to take or misuse confidential information, and VMware does not contend otherwise,” said Nutanix in a statement to CRN.

According to Nutanix, VMware requested that Ramaswami agree to limit the “ordinary performance of his job duties in a manner that would equate to an illegal non-compete covenant.”

In addition, VMware requested that Nutanix “agree not to hire candidates from VMware” in a manner that Nutanix said it believed would be contrary to federal antitrust laws.

VMware says It tried to resolve Issue without litigation

VMware said it tried to solve its issue with Ramaswami without filing a lawsuit but that Nutanix and its new CEO didn’t engage enough.

“VMware is not a litigious company by nature. Indeed, the company tried to resolve this matter without litigation. But Mr. Ramaswami and Nutanix refused to engage with VMware in a satisfactory manner,” said VMware.

In a statement regarding its litigation, VMware said it expects all employees to honor their commitment to the company.

“VMware expects all employees to honor their commitments to the company, and executive officers should be held to an even higher standard,” said VMware.

Opinion: The crux of the lawsuit

It appears the crux of the lawsuit is not only about what VMware dubs as an “extended period of conflict of interest” and Ramaswami “secretly meeting” with Nutanix, but that Ramaswami intimately understands VMware’s short- and long-term product strategy and vision that VMware has spent billions of dollars investing in.

This knowledge, according to solution providers, gives Nutanix a big advantage in terms of market competition.

Ramaswami was responsible for all of VMware’s business units developing products, cloud services and cloud operations for years. Prior to his COO position, he did a short stint as general manager and executive vice president of VMware’s networking and security business. During his tenure, Ramaswami led several important acquisitions and played a key role in transitioning VMware toward a subscription and Software-as-a-Service (SaaS) model.

VMware and Nutanix go head to head in several markets including hyperconverged infrastructure software, hybrid cloud management and even in hypervisors. VMware and Nutanix are both focused on driving subscription and SaaS sales while they are similarly forming partnerships with many of the same public cloud leaders.

One thing for sure is that this lawsuit filed by VMware sets up an interesting legal battle between the two hybrid cloud software titans in 2021.