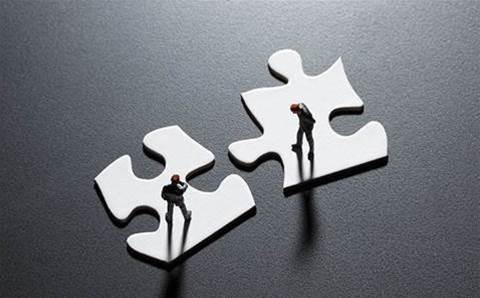 VMware is nearing the closing of its $2.1 billion acquisition of endpoint security specialist Carbon Black.

On Friday, VMware unveiled that subsidiary Calistoga Merger Corp. has commenced a cash tender offer to purchase all of the outstanding shares of common stock of Carbon Black for a price of US$26 per share. The offer is set to expire at the end of the day on 3 October, 2019.

Carbon Black’s stock closed on Friday at US$26.09 per share.

On 22 August, VMware disclosed that it had entered into a definitive agreement to acquire Carbon Black. VMware said the purchase will allow the virtualisation superstar to provide a next-generation security cloud with Carbon Black’s protection suite and VMware’s intrinsic security assets.

“We really think the security industry is broken. This idea of individual products that are bolted on and patched on is just ineffective for customers. Today, we are launching a major step to deliver an end-to-end intrinsic security platform,” said Gelsinger.

“We are taking a huge step forward in security by bringing Carbon Black into the VMware family to deliver an enterprise-grade platform to protect workloads, applications and networks from device to cloud.”

“We intend to create deep integrations—agentless on the server workload side, but also collapsing endpoint management and endpoint security into an industry-first unified workspace solution,” said Gelsinger. “With this acquisition, VMware will be able to take a significant leadership position in security for the new age of multi-cloud modern apps and modern devices.”

In a recent interview with CRN, VMware chief operating officer Sanjay Poonen said the endpoint security industry leaders have not been innovating.

“In endpoint security the traditional players are not innovating. They’ve become fossils almost – Symantec, McAfee,” said Poonen. “Some of them are getting bought by hardware companies, some are getting spun out of hardware companies and put inside private equity companies. What’s happening to that talent though, is that they’re leaving because the good talent doesn’t want to work for a hardware company or some place that’s not innovating. … In VMware hands, Carbon Black will do better than they are doing on their own because the distribution presence that we’ll bring to them, the integration possibilities of it, and so much more.”