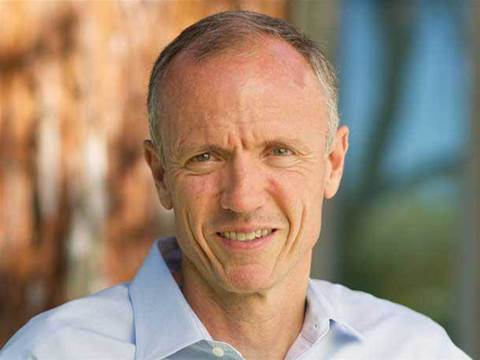 VMware’s bullish Virtual Cloud Network is getting enhanced with new versions of NSX-T and vRealize Network Insight to boost capabilities around Kubernetes, 5G enablement and security.

“This creates a terrific opportunity for our channel partners to provide higher level, consultative services for customers around, ‘How do I consume IT? How do I manage my private cloud infrastructure to be as efficient and agile as the public cloud?” said Tom Gillis, senior vice president and general manager for Networking and Security at VMware, in a briefing with media and analysts. “These are big concepts that we’re going to need the channel to help our customers consume. This is a really good time to be a channel partner.”

VMware’s Virtual Cloud Network, first unveiled two years ago, is dubbed as the only Layer 2 through Layer 7 virtual networking stack that delivers capabilities for switching, routing, firewalling and SD-WAN completely in software. The foundation is VMware’s popular security and software-defined networking (SDN) platform NSX that connects and secures applications and data from the data center to cloud to edge. Gillis said the Virtual Cloud Network enables customers’ private cloud infrastructure to have the same “agility, flexibility and efficiency as the public cloud”.

The new NSX-T 3.0 includes NSX Federation, which enables enterprises to deliver a cloud-like operating model with fault isolation zones and global policies that are synchronized across all locations. Customers will now be able to contain any network problems to a single zone, minimizing the severity and impact of problems. VMware vRealize Network Insight 5.2 introduces flow-based application discovery across multiple VMware platforms using machine learning to better understand categorized applications by tier.

“Our customers struggle with creating blast zones in cloud and on premises. There are still complexities such as knowing what normal application behavior is and conversations to set policy. Once that is accomplished, it is important to have a smart strategy where your policies and security are enforced and consistent wherever you run your services,” said Keblusek. “Allowing this to span premises and cloud is critical today as many of our customers are multicloud and we continue to add more to the list at a rapid pace.”

“This is a very welcome capability and one that should see more adoption as enterprises begin their containerization journeys and must maintain governance standards within this environment,” said Keblusek. “The industry predictions for containers estimates a rapid adoption and while they solve many issues, the security and networking needs remain. Continued support for containers will make the adoption easier to maintain governance and security standards throughout the enterprise and within the container environment.”

“This literally is taking the load off of IT [administrators] that had to manually configure these and put it in this machine learning algorithm,” said Sanjay Uppal, senior vice president and general manager of VMware’s SD-WAN VeloCloud business unit. “Now, within the space within a few minutes or hours, we can tag all the traffic that is going across.”

VMware says there are now more than 15,000 Virtual Cloud Network customers, a figure that has grown on average by 50 percent each fiscal year since unveiled in May 2018. The company’s Virtual Cloud Network is a critical component to VMware Cloud Foundation -- which is offered on all major cloud providers including Amazon Web Services (AWS), Microsoft Azure, Google Cloud, to name a view – enables VMware to make private cloud as efficient and agile as public clouds.

“Customers are looking for a complete solution. Customer don’t want to piece their data center together from this vendor and that vendor – worry about the upgrade on one thing, manage the lifecycle of all of this – they just want it to work. They want the data center to be something that powers their application because the machinery that powers the software that’s eating the world, should come preconfigured and preloaded,” said Gillis. “That’s what driving the adoption of VMware and the Virtual Cloud Network.”

He said the channel is “critical” to driving digital transformation to VMware customers via the Virtual Cloud Network.

“We do have to recognize that the skills we need and the nature of the value that the channel is adding is changing. Just like how we’re moving up the stack, our channel partners need to move up the stack too,” said Gillis.

VMware NSX-T 3.0 is generally available today, while vRealize Network Insight 5.2 is expected to become available in the company’s first fiscal quarter which ends on May 1.