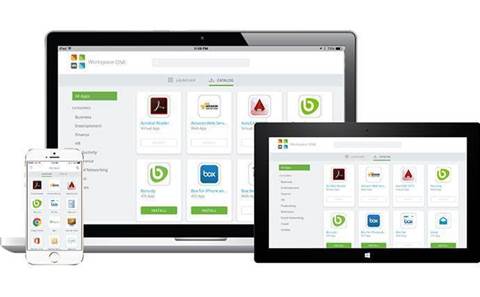 VMware wants to remove the hassle of managing mixed fleets of Windows PCs, Macs, and Chromebooks as well as Apple and Android mobile devices with the latest upgrades to its Workspace One system.

Workspace One aims to eliminate the "complex, expensive, and error-prone desktop management model" by using the same approach as mobile device management from Airwatch, which VMware acquired in 2014.

VMware claimed Workspace One would offer Office 365 users the ability to avoid complicated provisioning and enforce and manage security policies and data loss prevention  alongside applications and devices.

Also new is Workspace One Intelligence, an add-on service that lets IT teams get insights into application deployments, usage, device security, and end-user experiences. A built-in rules engine will allow customers to automate actions and enable real-time security and optimise performance.

At VMworld, HP revealed it was embedding Workspace One in its device-as-a-service platform.

HP device-as-a-service offers customers a single contact and single contract for commercial devices and services, allowing customers to pay on a monthly per device basis, and VMware's Workspace One will allow HP service agents to more easily manage fleets of devices.

"Workspace One will give businesses the agility and security that is critical to digital transformation initiatives," Dhawan added.

The journalist travelled to VMworld as a guest of VMware