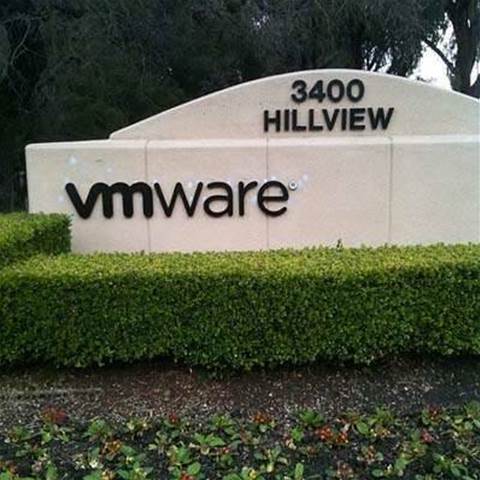 VMware’s leader for licensing and pricing says the virtualization star’s recent price change to its CPU software licensing for customers who have more than 32 cores will have “zero impact” on existing customers and paves the way for pricing simplicity and flexibility for VMware channel partners and customers.

“We really architected this to have zero impact on our existing install base, that’s why we set the threshold at 32 cores,” said Ryan Knauss, vice president of licensing and pricing, who’s helped lead VMware’s licensing strategy for nearly 13 years. “AMD has a few levels above 32 cores. For those that are, we tried to be as flexible as possible in giving customers a fair amount of time to grandfather them in with the goal being zero impact to our existing customers. I think we’ve accomplished that.”

Effective April 2, 2020, VMware is changing its per-CPU pricing model in which any software offering that VMware licenses on a pre-CPU basis, VMware will require one license for up to 32 physical cores. If a CPU has more than 32 cores, additional CPU licenses will need to be purchased.

In an interview with CRN, Knauss explains the reasoning for the licensing change, the percentage of customers that will be impacted, his message to competitors and if VMware expects to make any more software licensing changes in 2020.

“Increasingly, subscription, non-perpetual licensing – being it on-premise or some type of hybrid offer that’s in the cloud and on-premise but still licensed on a non-perpetual basis -- I think will become a bigger part of our business,” Knauss said.

There are a lot of deadlines in terms of when this new licensing policy will take effect and free licenses. Can you break down the important deadlines?

To first sum it up briefly, on April 2 the new policy goes into effect. On April 30, if the customer has purchased hardware that is more than 32 cores with our software, we’ll grandfather you in so there’s no surprise. Then on Jan 29, 2021, you just need to claim those free licenses for hardware purchased before April 30. We wanted to give customers as much time as possible and as much notification so there’s no surprise.

So April 2, 2020 is the day that the new policy goes into effect. Effectively, all of our products licensed on a per-processor basis on or after April 2. If before April 30, customers have purchased either our software and hardware that has greater than 32 cores, we’ll grandfather them in to this unlimited core processor model. That translates into we will give free licenses to cover the additional cores on or before April 30. The final key date is June 29, 2021. So we’re giving customers nearly a full year to actually claim those additional licenses. We realize that customers may be out buying hardware today or before April 30 and may not actually not physically deploy that hardware for a few months, so we wanted to give as much flexibility for customers to come back and claim those free licenses.

Why did VMware make this licensing change?

If we look at some of the recent moves from Microsoft, Oracle and others, it seems the core is becoming the primary industry metric for infrastructure software. We’ve been looking at our licensing model on an ongoing basis since I’ve been here almost 13 years. This is something that we’ve contemplated back to 2007 as whether or not a processor remodel made sense for us or if we wanted to go down the core path. We stayed on the processor path for good reason, we wanted to keep things simple and really just move in this direction is a play around simplicity. Some of the challenges you can image with a generic all-you-can-eat model around processor is that it doesn’t give us the ability to really customize pricing for specific use cases. So folks that have lower core density are paying the same price as folks who are now deploying on really rich, robust products. From that angle, having this one-size-fits all pricing can lead to scenarios where we are way over-price in one case, and way underprice in another case. What’s the main goal here with this licensing change?

One of the overall goals from my organization is to make sure that our value really aligns to the price point that we’re charging. So customers need to get a richer RIO [return on investment]. We want customers to gain a richer ROI  from our software. That one-size fits all is potentially limiting us in that regards. The thought was, ‘Hey, let’s go ahead and put a stake in the sand at 32 cores with the realization that’s we’re not really impacting any of our existing customers.’

Really there aren’t many processors with greater with 32 cores out there right now. By in large, everything is underneath that. Moving forward, it will give us the capability to give us more graduality in our pricing structure, thus giving customers more flexibility in making sure that I can have the right price point to the use case that our customer needs.

What percentage of VMware customers use more than 32 cores who will be impacted?

We have some telemetry data that we get when customers call us for support or we diagnose any problem they have. Using that information, we’re talking only dozens of customers -- certainly under 100. Now that said, that may not be the entire audience. So it’s hard for us to specifically provide a percent. It’s very few. It’s not even close to 10 percent. It would be a stretch to believe it’s greater than 1 percent or 2 percent, but there again, even for those customers that are deploying greater than 32 cores, they’re still not impacted because of the grandfather policy. In that regard, I would say zero. So no customers are impacted. I don’t have an exact percent, but it’s very, very small percent. We have the grandfather policy in place that takes that small percentage and turns it into zero.

What exact VMware products will this licensing change apply to?

It will apply to all of our products that are licensed on a processor-based today. So the products that this new policy apply to are vSphere and related bundles -- so that entire line-up. It’s vSAN. It’s NSX. It’s the vRealize suite as well. Those product families are the ones that’s impacted. We also do license some products on a per-core basis as well including Enterprise PKS and NSX Data Center.

What’s your response to competitors saying VMware is just doing this to increase their bottom line?

I’ll answer that two-folds. Comparing pricing across ISVs is extremely difficult in terms of the ways products are packaged and bundled. Then you add complexity about the actual metric that they’re licensed on. First, I would say we’re trying to align to what we see is becoming an industry standard. So take a look at Microsoft. They already moved completely over to a per-core model. So we feel that by going to a processor with this core tiering, if you will, will help customers better compare our pricing structure relative to what’s out there in the industry.

The second is about moving forward, to make sure that VMware has a competitively comparable pricing structure so I don’t find myself in a scenario where I’m overprice in one scenario and way underpriced in another. So it’s that balanced. I think we’ve got to the point in hardware advancements and so forth where one-size fits all just doesn’t work any more. Again, the likes of Microsoft, Oracle, Red Hat, have already made those moves. I wouldn’t say it’s a “me too”. I think there’s good reason for us to do this. I have to keep ahead of pricing to align the value that we’re providing to the price point that we’re charging.

Can we expect any more changing on the software licensing front from VMware in 2020?

The cloud is certainly very relevant to us and our business in the way that we bring our solutions to market. Increasingly, subscription, non-perpetual licensing – being it on-premise or some type of hybrid offer that’s in the cloud and on-premise but still licensed on a non-perpetual basis -- I think will become a bigger part of our business. We’re increasingly hearing from customers and partners that they want the flexibility of non-perpetual licenses. It’s not a huge demand out there right now, but certainly some of the comments that I receive is that, over time they do want more of that flexibility. Certainly from an industry perspective, a lot of folks are moving more toward – even for on-premise – to a non-perpetual licensing model. But equally so, while I am getting those requests, I am hearing from our customers who are deploying on-premise and that are either doing long-term leases on the physical hardware or purchasing the physical hardware, that they still want that perpetual option as well.

So what’s VMware’s software licensing model strategy for the future?

You want your software model to align, particularly if it’s that on-premise deployment, to the way that the hardware is being procured. As that model evolves, you have folks that are increasingly doing shorter-term leases or some folks are doing on-demand on the hardware front -- they’ll want that software model to align there as well. Part of my goal is that we’re meeting the demand for all of our customers across these different use cases. I do see more in terms of either some type of hybrid licensing environment where there’s on-premise, off-premise components, but more term-based licenses as well. We have no plans near-term to do a holistic flip of our licensing model to anything like term or subscription – not to say that won’t change at some point down the road. But as of today and for this upcoming year, there’s nothing planned on doing a holistic licensing model change.

It’s really the same to our customer base. There’s not a unique message to our channel partners, in that, they will continue to position and sell our solutions as they would today. I do spend a lot of time with our partners and occasionally they will run into challenges around different use cases. We do have specific VMware editions that are tailored more toward specific environments be it remote office/branch office or the SMB space, so we’ll change functionality and things like that.

Moving forward though, this is a flexibility play. We want to empower our channel to independently transact without coming back to us for special terms or incremental discounts or things like that. This really sets the stage for us to provide systematically pricing flexibility so they can have a pricing structure that’s appropriate to the environment that they’re selling to. This is a simplifying function for our channel partners.