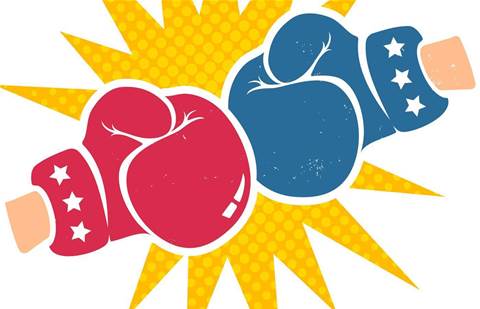 Nutanix and VMware are the HCI software standouts

VMware and Nutanix have been battling for hyperconverged infrastructure software dominance for years. The two companies have consistently gone toe-to-toe for global market share leadership in terms of the software ownership of hyperconverged systems.

Global revenues from hyperconverged infrastructure (HCI) systems reached $2.3 billion in the fourth quarter of 2019, representing a 17.2 percent increase year over year, according to research firm IDC.

Cisco is dedicating $225 million in cash and product donations to support both global and local responses to the coronavirus pandemic. “While our world will be different as we move into the future, it is important that we stay focused on making a positive impact in every way possible,” said Cisco CEO Chuck Robbins in a blog post.

The company is giving businesses and organizations on the front lines access to its security and collaboration solutions, including Cisco Umbrella and WebEx, for free. In March, Cisco’s WebEx registered a record 324 million attendees with usage doubling in the Americas as the U.S. workforce has moved to the home. Additionally, Cisco is extending the deadlines for its Cisco Certified Partners to renew their statuses so that their specializations don’t run out.

“The enterprise has temporarily moved to the home. We’ve also realized that VDI has become paramount,” said Nutanix channel chief Christian Alvarez in a recent interview with CRN USA. “We’re seeing this stuff being deployed in healthcare, mission critical -- just so many industries that it’s great to see our technology being put to good use and helping people. … We’re making an easy button for VDI.

“Our integrated architectural approach and our investment protection value across the hybrid cloud make us the clear strategic choice now that HCI is serious business,” said Lee Caswell, vice president of marketing for VMware’s HCI business unit, to CRN. “VMware vSAN is following the same adoption pattern we saw with vSphere. We started off in less critical application areas but quickly moved into mission-critical enterprise infrastructure once customers experienced the operational value of a software-defined data center at scale.”

Grow your software revenue by selling these 5 affordable, essential tools for the modern workplace
By Mark Haranas
Apr 8 2020
6:03AM