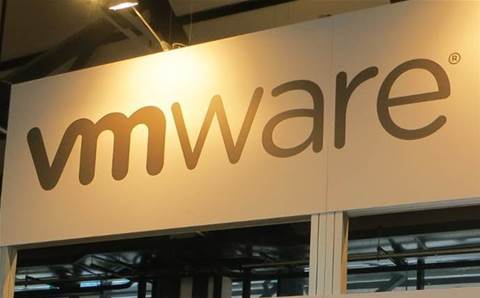 Massive changes are in store for VMware's partner community as the virtualisation leader is reconstructing its entire partner program to change the way partners and VMware interact with each other.

"We're going to reconstruct the entire partner program. It's going to get a total overhaul," said VMware global channel chief Jenni Flinders in an interview with CRN USA at VMworld 2018. "We're going to let the partners engage with us based on their business model."

"It's going to pivot towards our strategic priorities. So think of the way we launched our Master Services Competencies as being a little taste of what it's going to look like," she said. "So really putting together a number of competencies to create the best in class in that area."

The goal is to roll out the new partner program in time for VMware's Partner Leadership Summit in April, according to Flinders.

The change comes amid a major channel transition to recurring revenue services and providing hybrid solutions.

Flinders confirmed that there will be specific incentives to drive sales around VMware Cloud on AWS as well as synergies with Dell EMC.

Flinders said her team is working with partners to construct the new program, as they are the ones out in the sales trenches every day who have the tight relationships with customers, she said. "So we will adjust, but with input from the partners on where we drive incentives, which product categories, which solution areas, etc."

Flinders, who spent 15 years in top channel executive positions at Microsoft, became VMware's global channel leader in April after leading a consultancy practice that advised clients on channel strategy. She said the program overhaul is needed to fit the demand of the broad market today and how customers are buying.

"If you look at how VMWare has grown over the last 20 years, success was predicated on vSphere and was very transactional. If you look at where our technologies are advancing -- cloud, services, driving consumption and deployment – it's a very different motion that's moving beyond the transaction," said Flinders. "So it gives us a great opportunity to rethink our strategy and our approach with our partners in the ecosystem."

Flinders said partners should begin preparing for the program's overhaul by reviewing their skill sets around cloud, services and driving consumption as well as where they can "lean in" more with VMware.