VMware takes virtualisation to the next level 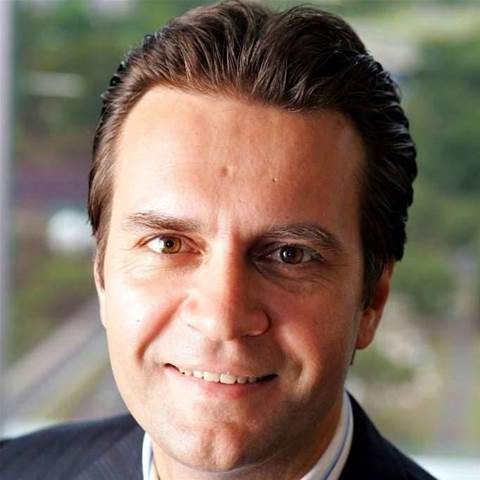 However, the company is also targeting smaller companies, a market it has been perceived as neglecting, with affordable entry-level editions of the new platform.

Due to ship before the end of this quarter, vSphere 4 is the successor to VMware Infrastructure 3 (VI3) and proclaimed by the company as "the first cloud operating system".

But VMware was also keen to point out it allows customers to build their own "internal cloud" based on infrastructure that they have already invested in.

"We are turning IT into a service, whether it is offered by an external service provider or offered internally," said Paul Harrapin, managing director of VMware Australia, at the launch today.

Harrapin said the software comes loaded with 'chargeback' reporting to allow resources to easily be billed out to users.

He said the model of cloud computing offered by Amazon and Google required organisations to "rebuild applications to lock them in to the cloud infrastructure, which is not really what enterprises are looking to do."

Most organisations, he said, want to move to a cloud model "without risk or disruption, taking the investment they have already made and seamlessly transition those applications to an internal or external cloud provider."

Perhaps the most significant is Fault Tolerance, which enables single identical virtual machines to run in lockstep on separate hosts for zero downtime or data loss failover.

With vStorage, firms can make more efficient use of their storage through thin provisioning, which means virtual machines can be provided with just enough storage that can grow dynamically.

This technology works regardless of the underlying storage, according to VMware.

The vNetwork Distributed Switch "creates a network layer that spans the entire infrastructure" which makes it easier to move virtual machines around and keep their network connections intact.

Cisco has developed a compatible software switch, the Nexus 1000V, that gives administrators a single point of control for all network connections, both physical and virtual, within vSphere.

Meanwhile, vShield Zones provides a firewall service that offloads firewall handling from individual virtual machines, but keeps the policies applied to each machine intact even if they are moved around the datacentre using vMotion.

"This means your security policy moves with your application, regardless of where in the network it is hosted," Harrapin said.

Butler Group analyst Roy Illsley said that with vSphere, VMware is "getting towards realising the virtual mainframe", but there are still some limitations it needs to overcome.

"They have the ability to add extra CPUs and memory if necessary, but the limits are going to be on the I/O side," he said.

"The virtual network capability may prove to be the biggest innovation. By opening up the switch, this may increase IOPS [input/output operations per second] and allow deployments to scale up."

Tony Marion, director of infrastructure at The Australian Bureau of Statistics and a long-term VMware customer, said he hopes to roll-out VSphere 4 by the end of the month - which would make the Government -funded organisation the "first cab off the rank" to use the software in production.

Marion credits virtualisation for cutting his server farm from 300 physical servers to 70, and his administration staff from 40 people three years ago to just seven today.

"If we keep going with this, we might eventually be able to manage our entire environment from a single console," he said.

Marion said the most attractive part of VSphere 4 was built-in fault tolerance. "In the past we couldn't afford to have trainloads of hardware in place to have a fault tolerant web site," he said.

"Now we'll be able to do it with what we have today."

VMware is also releasing small business editions of VSphere 4 to counter the entrance of Microsoft into the virtualisation market.

The Essentials edition provides basic management of the free ESXi at an all-in cost of US$995 and is limited to three physical servers, while Essentials Plus adds high availability and data protection capabilities at US$2,995 for three servers.

"This will essentially counter that mistaken assertion Microsoft keeps making, that VMware is too expensive for most businesses," said David Blackman, partner director for VMware in Australia and New Zealand. "This will be pretty significant for the channel."

Illsley said that small businesses will see the value in this package, as they can consolidate multiple servers down to just a handful and get fault tolerance, traditionally a high-end feature "effectively for free".

"But have VMware done enough? They face a tough challenge because Microsoft is much better known to customers in this market, and that's where Hyper-V is aimed," he added.

For larger firms, vSphere pricing starts at US$795 per processor socket for the Standard editon, which offers basic management for consolidation. Advanced edition adds Fault Tolerance, Data Recovery for backup, and vShield Zones for US$2,245 per socket.

Moving up the scale, the Enterprise edition adds automated resource management and Storage VMotion for US$2,875 per socket, while the Enterprise Plus edition has the full set of features including vNetwork Distributed Switch for US$3,495 per socket.

There will be an upgrade path for customers running VI3, depending on what level they are at, VMware said.