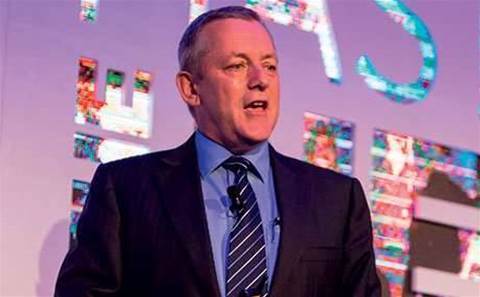 The vCloud Air service is set to be announced at vForum today in Sydney. It was first launched in the US in August 2013 with instances now running in more than 10 data centres worldwide.

There are three core offerings: a dedicated public cloud, a multi-tenant virtual private cloud and a disaster recovery service.

The "physically isolated" public cloud offers 30GHz of compute, 120GB vRAM, 6TB storage and 50Mbps of bandwidth. "The dedicated cloud is ideal for the steady-state workloads. It's perfect for heavier applications such as email, Oracle and things that need a dedicated solution," said McLean.

Virtual private cloud is available in smaller units of 5GHz reserve CPU capacity, 20GB vRAM, 2TB of storage and 10Mbps of bandwidth, and is "ideal for burst-type workloads [that require] transient usage of cloud resources, such as test and dev environments," said McLean.

The disaster recovery service "is proving to be incredibly attractive to the customer base, something the industry has not been able to do in a simple and seamless way," added McLean.

"It is a point-and-click configuration for a customer; they can choose which workloads they want protected and the platform takes care of replicating that into vCloud Air."

VMware will allow customers to run active on vCloud Air for 30 days in the event of a failover.

"We have more than 2000 ISV applications that are supported on the vCloud Air environment today," added McLean.

VMware revealed Data#3, Datacom, Rackspace and Deloitte as four local launch partners. These IT providers will be able to offer hybrid services that interoperate with vCloud Air, as well as host customer workloads on the vCloud Air instance deployed at Telstra's data centre under a resale arrangement.

Any "validated hybrid cloud powered providers" will be able to combine their private clouds with the vCloud Air deployed on "the same building blocks" within their own data centres, added McLean.

While four partners were revealed at the launch, VMware expects significant growth via its channel of 2200 Australian partners.

McLean expected partners to be impressed with the amount of effort VMware has put into its billing engine. Customers will get self-service provisioning, while "subscription-style transactions through distribution allows the partner to maintain pricing control" as well as bundle vCloud Air with offerings from their own catalogue, such as managed services, on a single bill.

Laurence Baynham, group general manager of Data#3, said: "We expect to see customers realise the immediate benefits from the combination of the vCloud Air platform and Data#3's hybrid cloud services, as more Australian organisations turn to hybrid cloud as an enabler of business transformation and competitive differentiation."

Rob Purdy, director of cloud and enterprise tools at trans-Tasman provider Datacom, said: "Datacom is extremely excited to offer and integrate hybrid solutions for vCloud Air as a VMware-certified data centre provider. We see this as a natural step forward for our long-time relationship with VMware, one which makes the leap to hybrid cloud simpler and easier than ever before for our customers."

The other hybrid cloud

The hybrid cloud landscape in Australia is suddenly crowded, with VMware ready to contend with bitter rival Cisco, which went live with its Intercloud platform in September.

The two competing services even share some partners – both Telstra and Data#3 have taken a bet both ways on the competing cloud visions.

While Cisco was first to market in Australia, McLean stressed VMware had a headstart globally.

"They represent the largest cloud providers – the Datacoms, the Telstras – they are real, live and active services today. The key to the hybrid story is the customer, with 80 percent of customer having a VMware [environment] inside their data centre."

Eliminating departmental friction within MSPs
By Steven Kiernan
Nov 5 2014
7:00AM