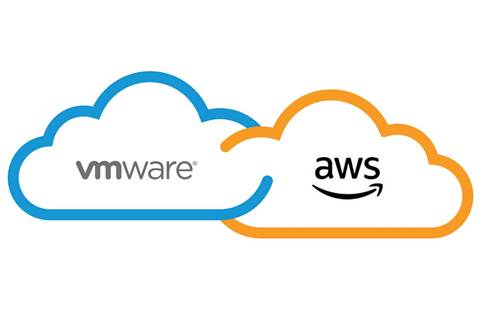 VMware has announced a set of new capabilities for its VMware Cloud on AWS service.

Of the new features, VMware reported that the new i3en metal Instance host type could deliver nearly 50 percent lower cost per GB of raw storage and was based on 2nd-gen Intel Xeron Scalable processors.

The i3en instances are designed for storage-dense workloads with high-performance requirements, useful for data centre migration and disaster recovery transformation projects. The vendor claimed the instances could deliver four-times the raw storage capacity at about half the cost per GB of storage.

“With the 2-host cluster, customers can get started with persistent VMware Cloud on AWS environments at up to 33 percent lower cost of entry than a 3-host cluster,” the vendor wrote in a press release.

VMware was also touting its recently released Tanzu Kubernetes Grid solution, which it said packaged open source technologies and automation tooling to help customers get up and running quickly with a scalable, multi-cluster Kubernetes environment.

“With Tanzu Kubernetes Grid on VMware Cloud on AWS, customers can deploy their SDDC in the cloud, with all the required components needed to architect and scale Kubernetes to fit their needs,” VMware said.

The vendor also made mention of VMware Transit Connect, announced in 2018 and now in preview, which allows for easier connection of multiple Virtual Private Clouds (VPCs) together.

VMware reported that as of June 2020, total VMs are up 3.5 times year on year, with more than 500 channel partners having achieved a VMware Cloud on AWS service competency.

“Along with AWS, VMware’s preferred public cloud partner for vSphere-based workloads, we are accelerating service innovation and broadening access to VMware Cloud on AWS to help more businesses support the demands of a broad range of enterprise applications and use cases, while delivering the best economic value.”

VMware’s Australian representation were unable to comment at the time of publication.