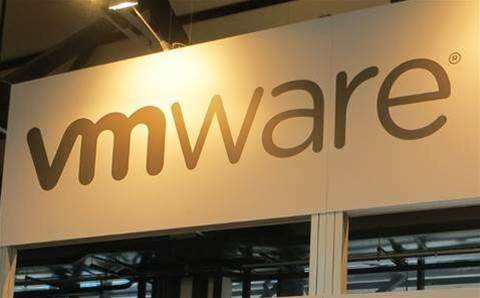 One source with knowledge of the situation said VMware is currently testing the vCloud Air HPC service with customers and expects to have completed the trials by mid-August. If all goes well, VMware may announce the new HPC service at its VMworld conference at the end of August, said the source.

“This will be a full-blown HPC cloud service targeted at vCloud Air's existing installed base, at first,” said the source, who didn’t want to be named because he’s not authorised to speak publicly about the offering.

HPC, which refers to the use of parallel processing to boost the efficiency and performance of complex applications, is a growing focus for VMware and many of its customers.

Josh Simons, a VMware engineering executive who's leading the vendor's efforts to bring virtualisation to HPC, said in a blog post in March that a growing number of customers are interested in running HPC workloads on vSphere server virtualisation. VMware is working to enable compute accelerators from Intel and Nvidia to work in virtualised environments.

VCloud Air, launched in 2013, hasn’t been a hit in a public cloud market dominated by Amazon Web Services and Microsoft Azure, despite being pitched as a more VMware-compatible alternative.

Shortly before VMware’s VMworld conference last August, sources told CRN USA the vendor had decided to halt further development of vCloud Air, including new features. VMware denied that this was the case.

Then in October, after Dell announced its US$67 billion acquisition of VMware parent EMC, vCloud Air’s situation grew even more tumultuous.

Shortly after the deal was made public, EMC and VMware revealed plans to combine vCloud Air with the former’s Virtustream business in a cloud joint venture. But investors of both companies didn’t like the idea, and VMware pulled out of the joint venture in December.

Since then, most top vCloud Air executives have left VMware, and much of the team was let go in a round of layoffs in January when VMware announced it would narrow the focus of the offering to “specialised cloud and software services.”

The HPC service VMware is developing could be an example of the narrower focus the vendor has pledged to take with vCloud Air. The sources said it could also explain why VMware has posted a number of job openings for vCloud Air positions lately, including one for a US field marketing chief.

Yet one of the sources told CRN USA this shouldn’t be interpreted as a sign that VMware is doubling down on vCloud Air. Instead, the HPC service is VMware’s attempt to take advantage of cloud capacity that would otherwise go unused.

"VMware has all this cloud capacity sitting on the books, and they have to figure out some way to get some value from it," said the source.

Create your business scorecard
By Kevin McLaughlin
Jul 15 2016
10:24AM