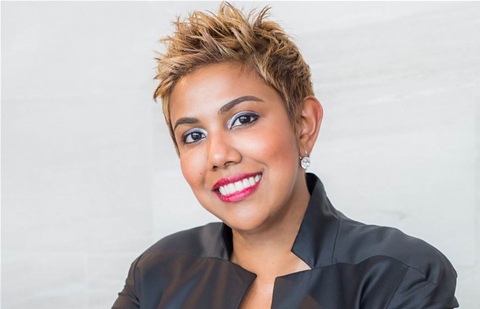 VMware framed the new program as services-driven, revealing that partners would be asked to attain “Master Competencies” that denote skill in, and commitment to, different areas of its product portfolio. The new program would also bring consistency to programs that had sprawled across a decade of evolution and acquisitions.

While VMware offered lots of detail about the program, it didn’t say exactly when it could commence. That changed in August 2019 when the company’s global channel chief Jenni Flinders announced that February 29th, the once-in-four-years calendar anomaly, would be the day the company leaped into its channel future.

A couple of weeks later the company explained its new tier credits model that offers more rewards the more a partner commits to wining Master Competencies.

"Partners who resell subscription services or who focus on cloud consumption don’t have the same revenue model as a partner who resells licenses for on-premises software,” the company explained in a blog post. “Partners across all business models need to support all facets of customer demand, and a tier credit model helps eliminate the inequities along different types of transactions.”

And in January 2020, the company revealed some extra changes to training and commerce tools.

While VMware named February 29th as the date on which Partner Connect came into effect, the fact that day fell on a Saturday means that in much of the world – including Australia – today is the first business day it is in force.

In conversation with CRN, VMware’s ANZ head of channels Neels Du Ploy said local partners have been quick to adopt the new program and have done so enthusiastically, as they appreciate the chance to demonstrate their mastery of VMware products.

Asia-Pacific and Japan vice-president and channel chief Uma Thana Balasingam, pointed out another important new feature of the program: the inclusion of transacting partners who don’t offer services. This new class of partner recognises that some users have strong and/or mandated procurement preferences, but are happy to work across a pool of partners. Master competencies also offer partnering-with-partners opportunities, she added, as partners may need to work together to bring a customer all the skills they desire.

VMware also issued a statement about the new program in which Australia’s AC3 had its say.

“Partner Connect encourages us to focus on our strategic priorities by simplifying the engagement model with VMware,” said AC3 director of sales Harry Kassianou.

“We can now focus our time on what’s most important – delivering outcomes for our mutual customers. The program unifies the customer journey, meaning we can support our customers throughout the entire IT lifecycle.”

“We’re excited about the potential for further collaboration as we develop new products and services around VMware technology.”

In other VMware news, the company late last week reported its Q4 and full FY19/20 results.

Revenue for the fourth quarter was US$3.07 billion, up 11 percent from the fourth quarter of fiscal 2019.  That was not what markets wanted, so the company's share price tumbled despite full year 19/20 revenue cracking the US$10bn mark for the first time.

The company also reported a revenue backlog that has sparked a probe by the U.S. Securities and Exchange Commission, which wants to understand why just $18m of VMware's $10.3bn expected future revenue have been formally recognized.

VMware execs said "export requirements" are behind the odd-looking numbers.