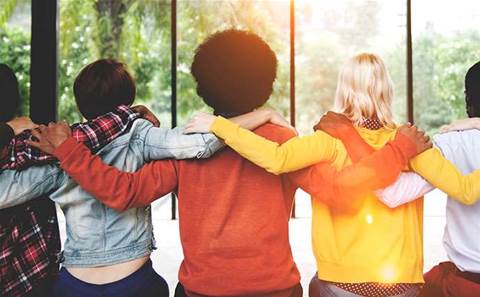 VMware has announced a change in its cloud strategy, cosying up to third-party public cloud providers that compete with its native vCloud Air offering.

The company's new Cross-Cloud Architecture, which was announced on the first day of VMworld 2016 in Las Vegas, allows businesses to manage, connect, govern and secure applications running across multiple cloud environments, including private clouds and public services such as Amazon Web Services, Microsoft Azure, IBM Softlayer and Google Cloud Platform.

Previews of the new Cross-Cloud services will take place this week at VMworld, although no availability date has yet been announced.

VMware is pitching its latest cloud strategy as supporting any application on any device and on any cloud. The company has struggled to gain market share in the cloud space, with its vCloud Air offering lagging well behind market leaders AWS and Azure.

Taking a positive spin on things, Raghu Raghuram, general manager of VMware's software defined data centre division, said: "Customers foresee relying on multiple public and private clouds to run their applications, but are daunted by the challenge of managing and securing applications across diverse cloud platforms.

"VMware is delivering cloud freedom and control by providing a common operating environment for all clouds with our unique Cross-Cloud Architecture."

Also announced overnight at Las Vegas was Cloud Foundation, a software-defined data centre platform, using vSphere, VSAN and NSX, that works on both private and public clouds, although it will be only be compatible with the IBM cloud at launch.

Cloud Foundation will be available from the third quarter of 2016. Cloud Foundation for private clouds is compatible with virtual SAN nodes from Dell, Hewlett Packard Enterprise and QCT.

Available immediately is vCloud Availability for vCloud Director, a cloud-based disaster recovery service. Coming in the third quarter is version 2.0 of vCloud Air Hybrid Cloud Manager that allows for downtime-free migration of applications from private clouds to vCloud Air.

This author is attending VMworld as a guest of VMware.